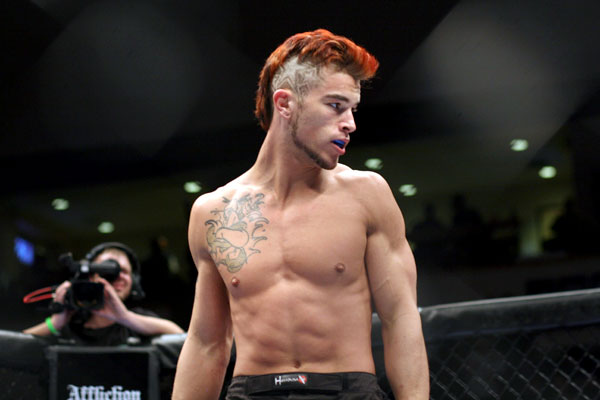 The RFA 7 fight bill has undergone a change of plans, as headliner Leandro Silva will no longer do battle against Brandon Thatch at the March 22 event.

Resurrection Fighting Alliance officials recently revealed that Silva was forced to withdraw from the booking due to a leg infection contracted in training. Instead, Thatch will now face unbeaten Roufusport product Mike Rhodes to close RFA 7 on AXS TV.

The event, which takes place at the 1stBank Center in Denver, was also supposed to feature rising flyweight talent Sergio Pettis squaring off with Matt Manzanares on the main card broadcast. However, that plan was derailed after Manzanares became injured and a replacement opponent could not be found.

Though Rhodes was initially expected to compete at a North American Fighting Championships show on March 29, it will now instead be Pettis who tops the NAFC “Battleground” bill at the Potawatomi Bingo Casino in Milwaukee.

Just 19 years old, Pettis is the younger brother of current UFC featherweight title challenger Anthony Pettis. The Roufusport product has yet to taste defeat in his young career, most recently outpointing the larger Jimmy Jones in a Nov. 2 showdown at RFA 4. “The Phenom” now faces 13-fight pro Josh Robinson, who rides back-to-back defeats into the flyweight contest.