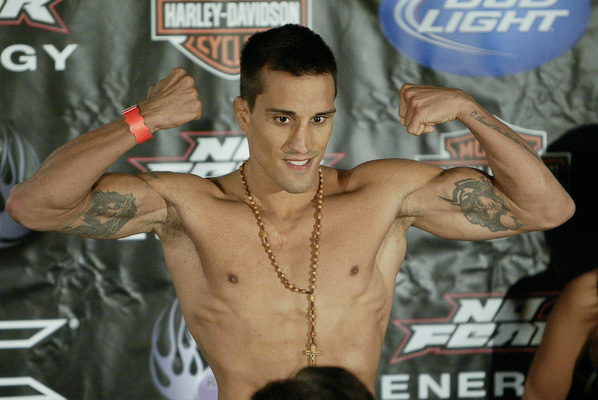 Weathers (16-11) has lost seven of his past 10 bouts. The 30-year-old journeyman last competed under the Cedartown Beatdown banner in April, when he took a unanimous decision from Sean Dyer and threw the brakes on a three-fight losing streak. Weathers has proven notoriously durable throughout his career, as nine of his 11 professional defeats have come by decision. Wins over “The Ultimate Fighter” Season 14 winner Diego Brandao and WEC veteran Phil Cardella anchor his resume.

In the co-main event, undefeated 2004 Olympic silver medalist Sara McMann will square off with Bellator veteran Anita Rodriquez in a women’s bantamweight showcase.

A decorated amateur wrestler, the 31-year-old McMann (5-0) has not competed since January, when she defeated Hitomi Akano by unanimous decision at ProElite 3 in Hawaii. Rodriguez (5-3), a Phalanx MMA Academy export, will enter the matchup having lost two of her last three fights.