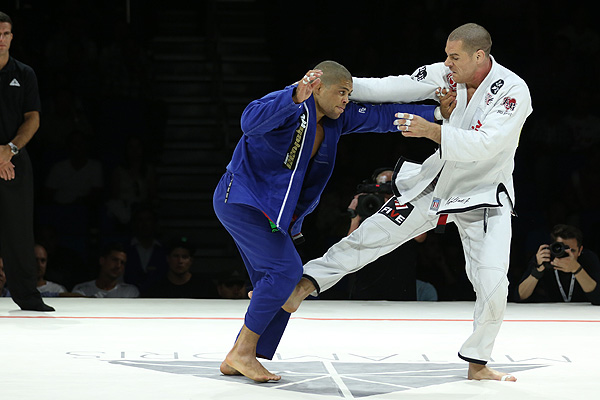 
Initially scheduled for six matches, Metamoris 5 has taken a hit with the news that Rafael Lovato Jr. has withdrawn from his bout against Yuri Simoes due to injury.

Lovato first announced the injury on Saturday via his Facebook page. Sherdog.com has since confirmed the news with Metamoris officials, who said a formal announcement will take place on Monday. No decision on whether to find a replacement or cancel the match has yet been made.

Lovato Jr., the first-ever non Brazilian jiu-jitsu practitioner to win the prestigious Brazilian National Championship, is currently dealing with a serious tear of his shoulder tendon.

In the post, Lovato went on to add that he plans on using this time to focus on advancing his teachings at the Lovato Jiu-Jitsu Association and hopes to return to action against Simoes at the yet-to-be-announced Metamoris 6.

A submission-only event, Metamoris 5 will take place Nov. 22 at Long Beach Arena in Long Beach, Calif., and will stream live via Metamoris.com.

The card will including Renzo Gracie-Kazushi Sakuraba main event as well as the following matches:, Rory MacDonald vs. J.T. Torres, Vinny Magalhaes vs. Kevin Casey, Garry Tonon vs. Zak Maxwell and the always mysterious “secret match.”