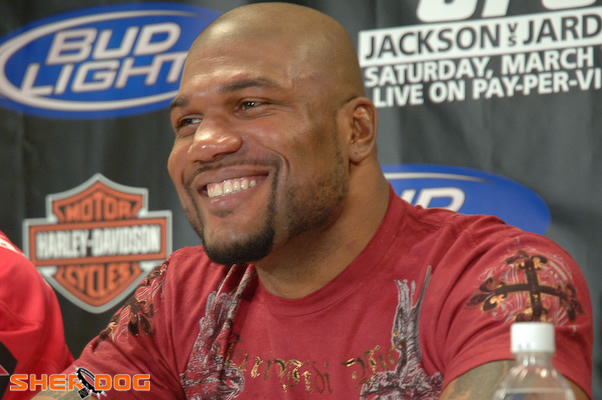 Quinton Jackson sparked some controversy when he divulged his use of testosterone replacement therapy while training for his UFC 144 bout against Ryan Bader.

“Rampage” doesn’t see what the problem is, though.


Advertisement
“If I was losing my hair and the doctor told me, ‘You need a hair transplant,’ I’m going to do a hair transplant,” Jackson told the Sherdog Radio Network’s “Savage Dog Show.” “If I get my tooth knocked out like Randy Couture did against [Lyoto] Machida, I’m going to get a new tooth put in my mouth. If my testosterone gets low and the doctor tells me, ‘You need to raise your levels back up to where you used to be when you were 25,’ and you’re fighting these young folks, I’m going to go do it.”

Jackson had sought medical attention prior to the Bader bout due to a knee injury. He was prescribed testosterone, which he said helped his knee and had other positive effects.

“Before I started doing testosterone, I was thinking about retiring,” Jackson said. “Not because I was upset with the UFC as much as because my body’s all beat up. I wasn’t as motivated to train. That’s why, because my testosterone levels were really low. I think the doctor said I probably depleted them training really hard and fighting.”

Jackson lost a unanimous decision to Bader, but he believes the testosterone injections could extend his career.

Of course, although athletic commissions can approve testosterone replacement therapy, not everyone believes it should be allowed. Jackson said he researched the matter. In his view, some fighters do use testosterone to gain an unfair advantage, but others, like him, need it.

“I feel like it’s a medical condition,” Jackson said. “I have to say this. I have to say this and maybe some people will get mad, but I feel like whoever’s getting mad at me for healing myself up, [there’s] an old saying, a slave mentality, like, ‘Oh, how dare you make yourself 100 percent to be fighting out there.’ That’s what comes to my mind.”