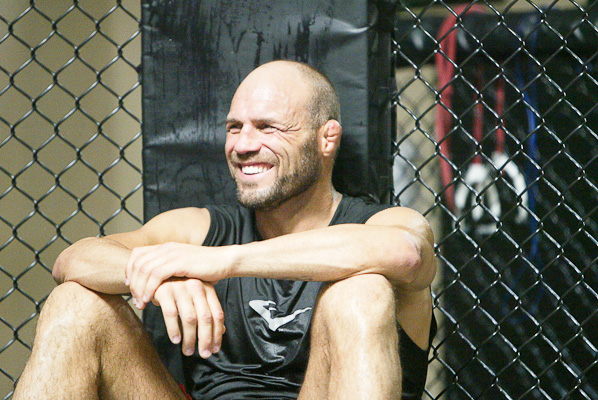 Randy Couture has signed a multi-year agreement with Spike TV and will serve as a coach for the first season of Bellator’s forthcoming reality show on the Viacom-owned cable network.

Sherdog.com confirmed the news with sources close to the deal on Tuesday morning following an initial report from SI.com. Spike is expected to formally announced the signing during a Feb. 5 press conference.

The extent of Couture’s participation in Spike programming is not yet known, but he is expected to appear on the network outside his obligations to Bellator’s reality show. This will not be the first MMA reality television show in which Couture has participated, as the decorated two-division UFC champion previously coached opposite Chuck Liddell in the inaugural “Ultimate Fighter” on Spike in 2005.

The debut date for Bellator’s new series has not been announced, but it will likely feature lightweight and welterweight fighters, presumably competing in a tournament-style competition. Promotion officials previously announced that the show will be produced by “Amazing Race” co-creator Bertram Van Munster. Bellator recently moved its weekly live event programming to Spike from sister network MTV2 and averaged 938,000 viewers in its Jan. 17 Spike debut.

A UFC Hall of Famer, Couture, 49, has occasionally served as a broadcaster during Ultimate Fighting Championship cards on the Fox network since his 2011 retirement. The five-time UFC champion saw a three-fight winning streak snapped in his final in-cage appearance, as “The Natural” was knocked out by Lyoto Machida at UFC 129. Couture had previously retired following a 2006 rubber-match defeat to Liddell but returned to the heavyweight division a year later to best reigning champion Tim Sylvia. In addition to his fighting career, Couture has also made several appearances on the silver screen, notably appearing in “The Expendables” and its 2012 sequel.