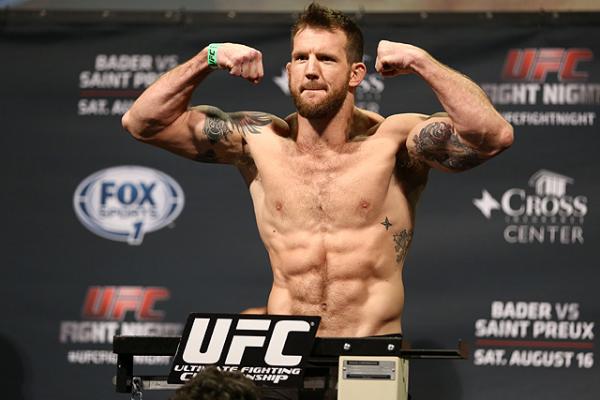 Ryan Bader will go against a former UFC champion in his next bout. | Photo: Dave Mandel/Sherdog.com


A previously rumored contest between Rashad Evans and Ryan Bader is now official for UFC 192.

UFC President Dana White confirmed the light heavyweight pairing during UFC Tonight on Wednesday. UFC 192 takes place at the Toyota Center in Houston on Oct. 3 and airs on pay-per-view. No other bouts have been announced for the card.

Evans has not competed since a victory over Chael Sonnen at UFC 167 in November 2013. “Suga” was expected to make his return against Glover Teixeira at UFC Fight Night in Brazil on Feb. 22, but after Teixeira withdrew from the bout, Evans elected to have a second corrective procedure on his knee. Evans initially tore his ACL prior to a proposed bout with Daniel Cormier at UFC 170.

Bader has won his last four contests, including a split-verdict over Phil Davis in his most recent appearance at UFC on Fox 14. The Power MMA Team representative pushed hard for a fight with Cormier after the American Kickboxing Academy product captured the 205-pound belt at UFC 187, but the UFC recently named Alexander Gustafsson as the next title challenger.