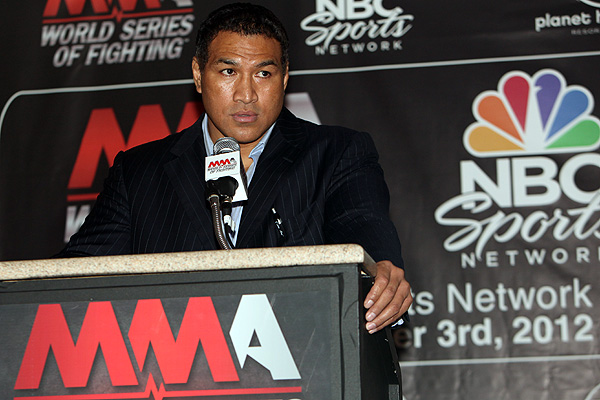 World Series of Fighting President Ray Sefo will compete for the first time in more than two years when the former kickboxing standout meets fellow heavyweight Dave Huckaba on Aug. 10 at WSOF 4.

“This will be, without a doubt, our finest event to date in terms of the talent lined up from top to bottom,” Sefo stated in an official release. “As a promoter, I am extremely proud of this fight card.”

Known mainly for his decorated kickboxing career, Sefo, 42, has competed just three times as a mixed martial artist, scoring stoppage victories in 2005 and 2009 before submitting to a Valentijn Overeem neck crank in February 2011. In Huckaba, “Sugarfoot” faces a 25-fight pro who has won nine of his last 10, most recently punching out Carter Williams on Jan. 18 under the West Coast Fighting Championship banner.

Another kickboxing standout, Spong, 27, made his MMA debut this past November at WSOF 1, knocking out Travis Bartlett in 3:15. Meanwhile, DeAnda captured the vacant Tachi Palace Fights light heavyweight crown in his most recent outing, stopping Anthony Ruiz with a third-round flurry at TPF 15.