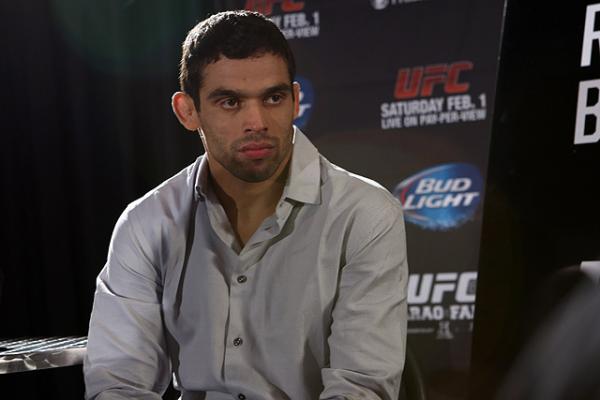 Renan Barao has not competed since losing his UFC title in May. | Photo: Dave Mandel/Sherdog.com


Renan Barao will look to put his loss to T.J. Dillashaw behind him -- along with his weight-cutting debacle prior to UFC 177 -- when he takes on Match Gagnon at UFC Fight Night “Machida vs. Dolloway.”

Coming into UFC 173, Barao was riding a 33-fight unbeaten streak, but the Nova Uniao fighter was finished in the fifth round by Dillashaw. The Brazilian’s prior accolades earned him an immediate rematch, but he found himself hospitalized in August after a tumultuous weight cut immediately before the fight, leading to Joe Soto filling in on short notice.

Gagnon will be making a leap in regards to competition when he enters the Octagon against Barao in Brazil. Since losing to Bryan Caraway via submission, the Canadian has gone on a four-fight winning streak. Of his 12 career victories, Gagnon has accrued 11 by way of submission.