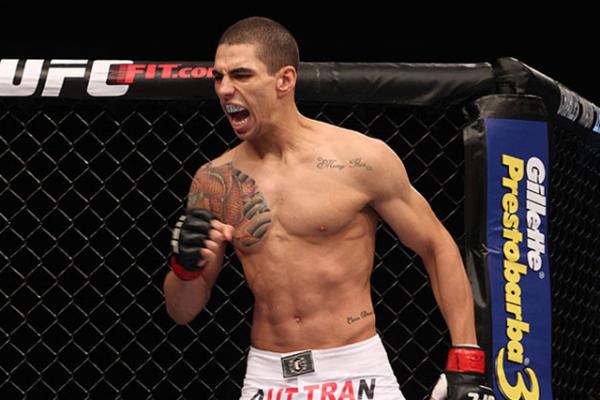 Lucas Martins will attempt to get back in the win column on short notice. | Photo: Dave Mandel/Sherdog.com


An injury to Renato Carneiro has forced the Brazilian to withdraw from his bout with fellow unbeaten featherweight Mirsad Bektic at this month’s UFC Fight Night event in Goiania, Brazil.

Carneiro suffered the unspecified injury while training at the end of April, according to a statement on UFC.com.br. The organization Monday announced that Bektic will remain on the May 30 card against replacement Lucas Martins.

American Top Team-trained Bektic carries a perfect 9-0 record into the bout. During his first year under the UFC banner, the 24-year-old Bosnian native recorded a pair of decision victories, outpointing Chas Skelly and Paul Redmond.

Martins, 26, has operated between 155 and 135 pounds during his two-year Octagon career. “Mineiro” put together a three-fight winning streak before dropping a split decision against Darren Elkins last October.