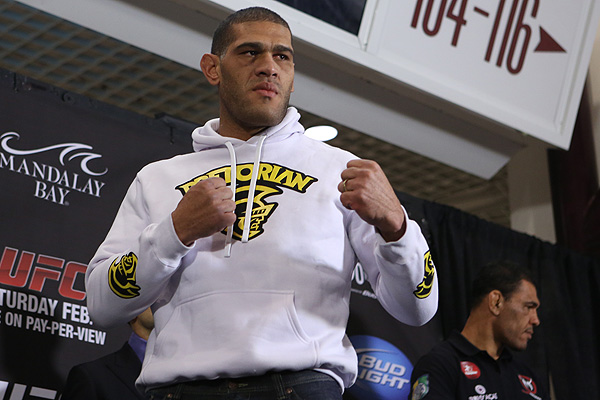 Antonio Silva is reportedly returning to the Octagon on Sept. 13. | TJ De Santis/Sherdog.com


Antonio Silva got the best of Andrei Arlovski under the Strikeforce banner in 2010. “Bigfoot” will apparently get the chance to do the same on his home soil this September.

According to a report by Brazilian outlet Combate, a rematch between the two heavyweights has been targeted to headline a UFC Fight Night card in Brazil on Sept. 13. A UFC official could not immediately confirm the matchup to Sherdog.com, however. The event is scheduled to take place at the Nilson Nelson Gymnasium in Brasilia, Brazil.

Silva will be making his first UFC appearance since battling Mark Hunt to a draw in December. The bout was changed to a no contest when the Brazilian produced elevated testosterone levels following the bout. Silva was suspended for nine months as a result of the test.

The American Top Team product outpointed Arlovski at Strikeforce “Artillery” more than four years ago. Since then, Silva has garnered notable wins over Fedor Emelianenko, Travis Browne and Alistair Overeem.

Arlovski, meanwhile, returned to the Las Vegas-based promotion for the first time since 2008 at UFC 174, where he took a contentious split decision triumph against Brendan Schaub. The former heavyweight champion has been defeated just once in his last nine bouts.