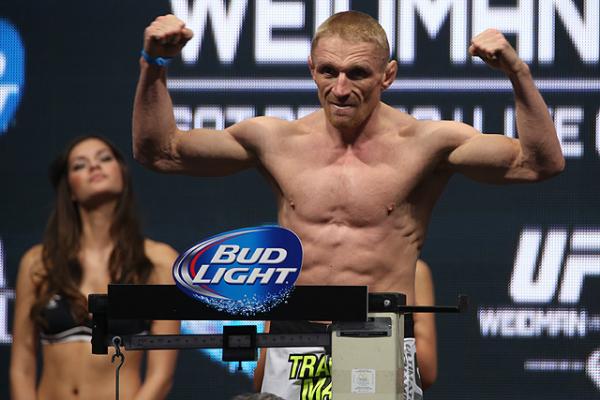 Dennis Siver could be stripped of his most recent Octagon win. | Dave Mandel/Sherdog.com

Siver bested Gamburyan during the evening’s Fox Sports 1-broadcast preliminary card, taking scores of 29-28 across the board to outpoint “The Anvil.” Siver has the right to appeal the positive test, which may result in a suspension and fine for the Russian-born German when the NAC takes disciplinary action.

Sometimes used as a fertility drug for women, hCG can be used to increase testosterone production in men. Former Major League Baseball standout Manny Ramirez famously tested positive for the hormone in 2009, resulting in a 50-game suspension.

Siver, 35, has gone 3-1 as a featherweight, though his victory over Gamburyan may be overturned by the NAC. The former lightweight kicked off 2013 with a technical knockout loss to Cub Swanson -- a setback that snapped a two-fight winning streak for the German. A 10-year pro, Siver owns an overall Octagon record of 11-6, earning five of those victories by either knockout or submission.