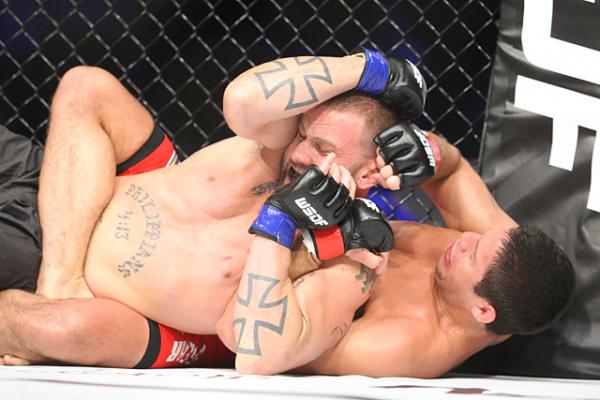 
The Dustin Holyko story continues to unfold with news that the convicted felon was allowed to compete at last weekend’s World Series of Fighting 11 event in Florida without a license.

In a report by The Daytona Beach News-Journal, records show that Holyko held licenses to compete in the state of Florida in 2011 and 2013, but there is no record of the fighter submitting an application for a 2014 license. In addition, no background checks were conducted prior to the commission granting either license.

The report goes on to add that the Florida State Boxing Commission blames the mishap on an “administrative oversight.” Typically, licenses to fight can be submitted to the sanctioning body as late as the weigh-ins, which usually take place the day before the event.

Holyko fought Neiman Gracie on the preliminary portion of WSOF 11 on Saturday, losing by submission. The fight was replayed on NBC’s portion of the broadcast.

The Port Orange, Fla., resident made headlines following the event when it was learned that he had a wide array of criminal convictions on his record and was covered in racially charged tattoos. The charges range from animal cruelty to robbery.

Tajiana Ancora-Brown, the director of communications for the Florida Department of Business and Professional Regulation explained in the article that she believes this “was an isolated event” and as a result a “serious” internal investigation is underway that will take “several days” to complete.

WSOF has since severed ties with the fighter and said Holyko would never fight under its banner again.