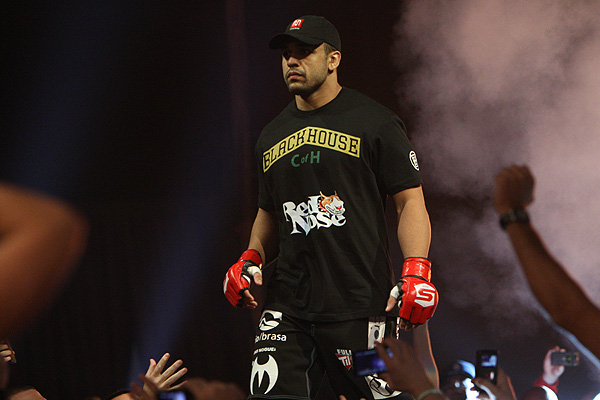 Strikeforce talent Rafael Cavalcante tested positive for a banned substance following his win over Mike Kyle on May 19 and has been suspended for one year by the California State Athletic Commission.

MMAFighting.com first reported the news of Cavalcante’s suspension. The Brazilian light heavyweight submitted Kyle with a guillotine choke in 33 seconds at Strikeforce “Barnett vs. Cormier” at the HP Pavilion in San Jose, Calif. The substance which resulted in the positive test has not been disclosed, but “Feijao” has reportedly been fined $2,500 in addition to his year-long suspension.

The win over Kyle was Cavalcante’s seventh appearance under the Strikeforce banner. Prior to the May 19 victory, he defeated Yoel Romero Palacio via second-round knockout in September. Cavalcante was believed to be a top contender for the promotion’s vacant 205-pound title, with a potential championship bout against Gegard Mousasi pending.

Cavalcante is the third Strikeforce athlete to be punished for failing a post-fight drug screen after both Cristiane Santos and Muhammed Lawal received suspensions earlier this year.