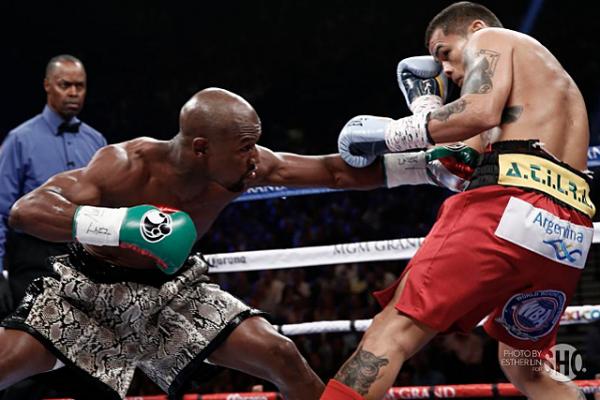 According to a report from Yahoo Sports, a source for the outlet confirmed that the “Mayhem” card, which was held at the MGM Grand Garden, sold 25,000 more buys than their initial encounter, which sold about 900,000.

With PPV’s being sold at a price point of $65-75 dollars, the $32 million dollar payday that “Money” received for just showing up to fight Maidana will likely grow substantially.

Mayweather was unable to hit the highly sought after mark of 1 million buys, a figure the undefeated world champion has hit four times in his PPV career. Mayweather holds the record in gross PPV revenue for his 2013 bout against Canelo Alvarez, which sold 2.2 million.

« Previous Pacquiao Responds to Mayweather: ‘Instead of Blabbing, He Should Face Me Atop the Ring’ Next Floyd Mayweather Jr. Ordered by NAC to Answer Questions About Gym, Marijuana »