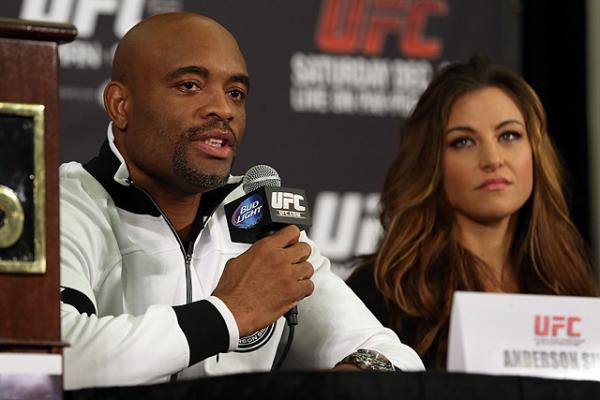 Anderson Silva thinks he could return to fighting in the first half of 2015. | Dave Mandel/Sherdog.com


Although UFC President Dana White predicted otherwise, it appears that Anderson Silva won’t be setting foot in the Octagon this year.

The former middleweight champion recently told Brazilian media outlet Combate that a return to action in 2014 is highly unlikely. Silva suffered a gruesome broken left leg in a loss to Chris Weidman at UFC 168 and immediately underwent emergency surgery for the injury following the bout.

“Those predictions that I will fight at UFC 181 or any other upcoming event are not true,” Silva told Combate. “This year is already over for me.”

“The Spider” went on to say that he could possibly fight in the first half of 2015. However, he does not foresee a return to title contention.

“The stage of champion Anderson [has] passed,” he said.

While the 38-year-old Brazilian does not plan on retiring, fulfilling his entire 10-bout contract with the UFC could also prove difficult.

“I [don’t see myself] stopping [at this time], but I do not know if I’ll be able to fulfill the contract of 10 fights,” he said. “For many years my family has asked me to stop, and they need to understand that this is what I love to do, and I need to take my time.”

Prior to consecutive losses to Weidman, Silva was unbeaten in 17 Octagon appearances -- including 10 185-pound title defenses. Silva’s last victory came in October 2012, when he stopped Stephan Bonnar inside of a round at UFC 153 in a light heavyweight bout.