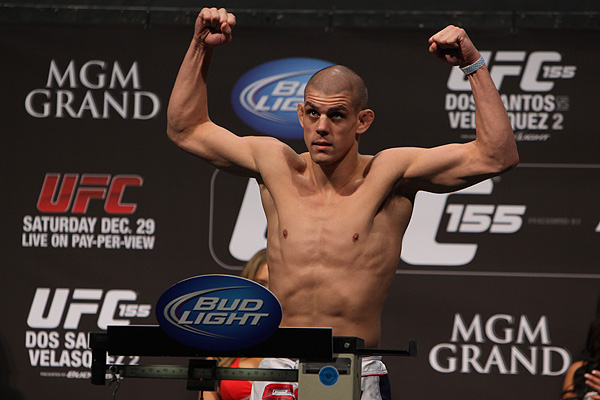 The Ultimate Fighting Championship’s debut on Fox Sports 1 has its second bout, as lightweights Joe Lauzon and Michael Johnson have reportedly agreed to square off on Aug. 17. MMAWeekly.com first reported the pairing on Monday.

UFC on Fox Sports 1 takes place at TD Garden in Boston and is also expected to include a welterweight showdown between Matt Brown and Thiago Alves. The UFC has not officially announced any bouts for the card.

Lauzon competed three times in 2012, most recently dropping a unanimous decision to Jim Miller in a “Fight of the Year” candidate at UFC 155. Prior to that, the Bridgewater, Mass., native suffered a first-round knockout loss to Anthony Pettis at UFC 144 before submitting Jamie Varner in the third round at UFC on Fox 4.

Johnson, meanwhile, will attempt to rebound from back-to-back losses -- a third round submission defeat to Reza Madadi in at UFC on Fuel TV 9 and unanimous decision setback to Myles Jury at UFC 155. The Blackzilians representative was victorious in his first three appearances of 2012, besting Shane Roller, Tony Ferguson and Danny Castillo.