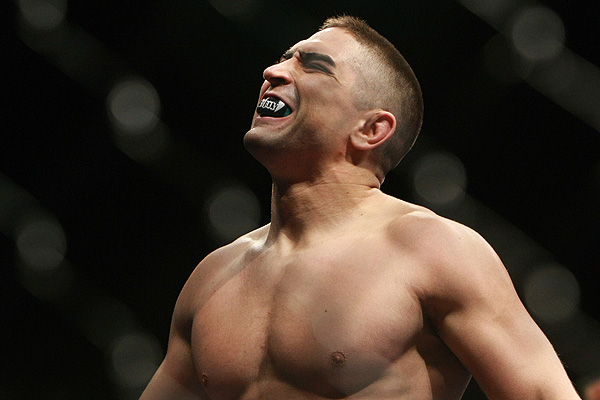 Ricardo Lamas will not compete at UFC 162.

UFC officials announced the featherweight’s removal from the July 6 bill on Tuesday during “UFC Tonight” on Fuel TV. Lamas was expected to meet Chan Sung Jung at the event in a pivotal featherweight pairing but was left without an opponent after “The Korean Zombie” was selected to replace an injured Anthony Pettis in a UFC 163 title bid against Jose Aldo.

As a result, a middleweight confrontation between Mark Munoz and Tim Boetsch has been promoted to the UFC 162 main card, which airs live on pay-per-view from MGM Grand Garden Arena in Las Vegas. The evening’s main card is headlined by a middleweight title tilt pitting longtime champion Anderson Silva against unbeaten challenger Chris Weidman and will also see ex-lightweight king Frankie Edgar take on Charles Oliveira at 145 pounds.

Lamas, 31, has won four-straight fights since joining the UFC in 2011, kicking off his Octagon career with finishes of Matt Grice and Cub Swanson. “The Bully” then outpointed former Sengoku champion Hatsu Hioki in his lone appearance of 2012 before returning to the cage this past January, when he brutally stopped Erik Koch with second-round elbows at UFC on Fox 6.