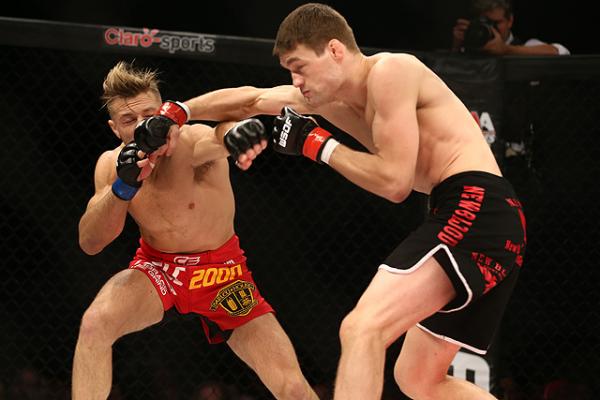 The featured preliminary contest will see former WSOF featherweight champion Rick Glenn facing off against Adam Ward. Glenn had won eight straight battles before losing to Lance Palmer last December at WSOF 16. He’s looking to get back on track against Ward, who makes his promotional debut on the strength of a five-fight winning streak.


Advertisement
Two other featherweight scraps were announced as well: Alexandre Almeida and Saul Almeida will clash, as will Rodrigo Almeida and Bruce Boyington.

Additionally, WSOF revealed a pair of middleweight encounters, as Justin Torrey takes on Rex Harris, while Louis Taylor lock horns with Nicolai Salchov. Welterweight prospect Washington Nunes da Silva will face Colton Smith while Patrick Walsh will go toe-to-toe with Tyler King at heavyweight. Fellow heavyweight Juliano Coutinho will duke it out against an opponent to be named later.

The preliminary card will stream live on WSOF.com starting at 5:30 p.m. ET/2:30p.m. PT and it will lead into the live telecast of the main card on NBCSN, which airs at 8:30 p.m. ET/5:30 p.m. PT. WSOF 24 will be held inside Foxwoods Resort Casino in Mashantucket, Conn., and is headlined by a welterweight showdown between former UFC veterans Jon Fitch and Yushin Okami.