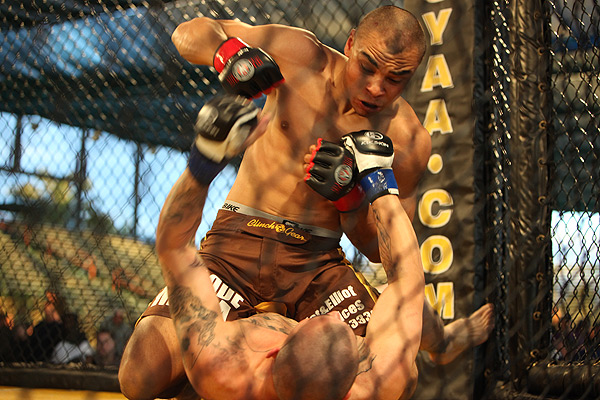 Peralta must now undergo drug rehabilitation classes and pass a drug test at the conclusion of his suspension before he will be allowed to compete in the Octagon. The fighter recently contacted Sherdog.com in order to make a public apology to those negatively affected by his positive test.

“I just want to apologize to all my friends, family, fans and to the UFC for what I did,” Peralta told Sherdog.com on Thursday. “I’m going to have to suffer the consequences, but the main thing is that I apologize to all the people I let down -- my coaches, my team.”

According to Peralta, the positive test was the result of a poor decision made during a difficult time. Lingering personal stresses were amplified by the unexpected death of his grandmother several weeks prior to the April 6 event.

“I’ve been going through some emotional things these past six months,” said Peralta. “When my grandma passed away in March, that’s when I made the dumb choice of smoking. We had the funeral and had a few drinks and started making bad choices. I regretted it the next day, but I’m not here to make excuses for myself. I did what I did.”

All 26 fighters who competed at the Ericsson Globe Arena in Stockholm were tested following UFC on Fuel TV 9, and Peralta was the only fighter flagged for a banned substance. The Californian’s defeat to Corassani served as his first setback since July 2009 and snapped a nine-fight winning streak, which included a pair of victories in the Octagon.

Though Peralta will now have to pay the penalty for his actions, the fighter is nevertheless trying to stay positive.

“It’s good in a way so that I never make that mistake again. It’s not worth it. It’s not worth [jeopardizing] my career,” said Peralta. “I have a lot of things going for me right now, and I just have to realize that. All of this is new for me, being in the public eye, this whole thing. I’m trying to get adjusted to it little by little and just keep moving on. I just have to make sure this doesn’t happen again and that I’m stronger mentally.”