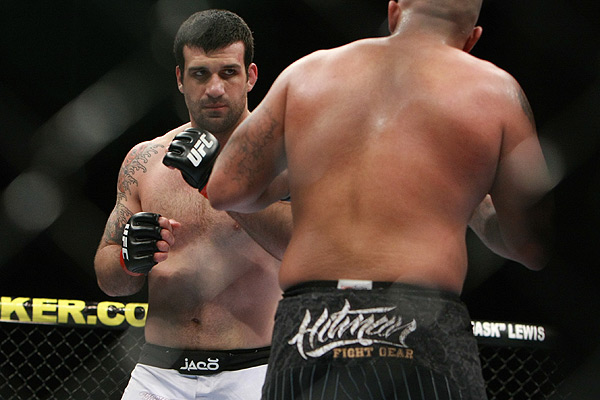 Rolles Gracie is going where no Gracie has gone before. | Photo: Dave Mandel/Sherdog.com

KSW announced the pairing via press release on Tuesday. The main event bout is set for three five-minute rounds with a potential five-minute overtime and. The organization also confirmed that Michal Materla, Maciej Jewtuszko, Marcin Rozalski and Rafal Moks will be in action in Szczecin, Poland.

The bout will mark the first time a member of the famed Gracie family has fought on Polish soil.

A veteran of Ultimate Fighting Championship, World Series of Fighting and One FC, Gracie holds four Pan-American jiu-jitsu titles and a silver medal at the 2007 ADCC Submission Wrestling World Championship. In his 10-fight mixed martial arts career, Gracie has faced the likes of Bob Sapp, Peter Graham and Lee Mein, winning eight fights via submission. At 36 years old, Gracie has not fought since September 2013, a loss to Derrick Mehmen at WSOF 5.

Bedorf has also been out of action since September 2013 and will make his first defense since grabbing the inaugural heavyweight title at KSW 24. Known by some MMA fans as “Coco,” the Pole will look to win his fifth consecutive fight.