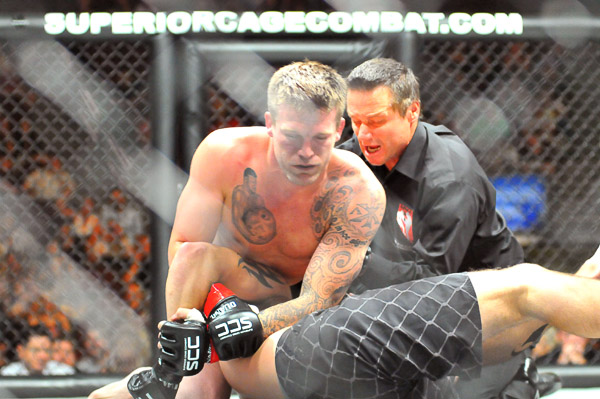 Souza was initially expected to face rising talent Derek Brunson at the event, but Brunson was pulled from the fight on Tuesday after failing a pre-fight eye exam.

A decorated jiu-jitsu practitioner, Jacare had a four-fight winning streak snapped in September when he lost his title via unanimous decision to Luke Rockhold at Strikeforce “Barnett vs. Kharitonov.” The Dream veteran won the vacant Strikeforce belt in 2010, outpointing Tim Kennedy to capture the gold. Souza defended it once successfully, submitting former UFC competitor Robbie Lawler in January 2011.

Marunde, 29, began his pro career in 2004, racking up a 4-2 record before joining the IFL in 2006. Earning just one victory in his four-fight IFL stint, the American rebounded by winning nine of his next 10 fights. Most recently, the native Alaskan captured the Superior Cage Combat middleweight title, besting UFC veteran Jay Silva by unanimous decision in November.