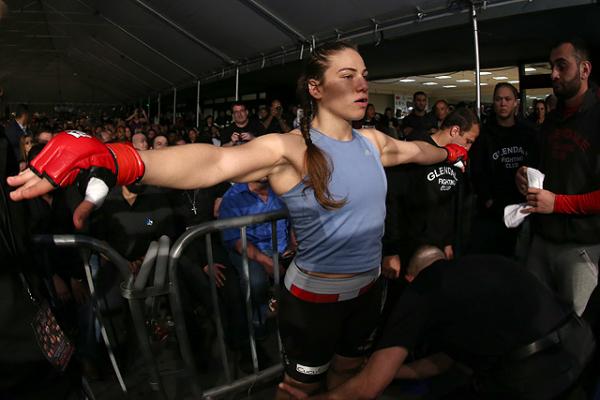 Shafir announced the news on a recent edition of the MMA Roasted podcast (via MMAFighting.com). The Glendale Fighting Club representative had no further information regarding a date or opponent for her promotional debut, although she did reveal that she will compete at 145 pounds.

The 26-year-old “Supernova from Moldova” compiled a 5-0 amateur mark from 2012 to 2014, finishing all of her opponents via first-round submission. Shafir made her professional debut in April 2014, tapping out Chandra Engel via armbar 1:57 into the first round at LOP “Chaos at the Casino 4.” Shafir suffered her first career defeat last August, when she was knocked out in 37 seconds by Amanda Bell at LOP “Chaos at the Casino 5.”