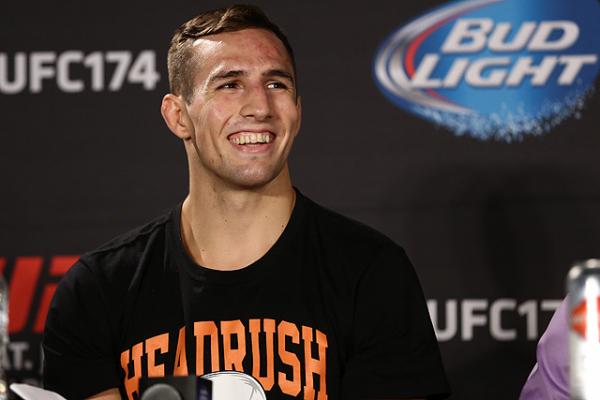 
LONG BEACH, Calif. -- In the co-main event of Metamoris 5, Rory MacDonald fought J.T. Torres to a draw despite a substantial size advantage for the UFC fighter.

The No. 1 contender for Ultimate Fighting Championship’s welterweight title explained that, while he did have an edge in the strength department, Torres’ skill set evened things out.

“He’s a smaller guy, so he needed to rely on his skill when it comes to jiu-jitsu, it balances itself out,” MacDonald told Sherdog.com. “He has a very high skill level, and I had a size advantage and little more strength.”

MacDonald will return to his hometown of Kelowna, B.C., with a newfound respect for the jiu-jitsu discipline. Competing at an event like the submission-only Metamoris 5 was something of a personal goal the man formerly known as “Ares” had set for himself.

“This was a personal experience I wanted to do. I love jiu-jitsu. It’s been a passion of mine since I started martial arts,” MacDonald said. “So when I had the opportunity to do something like this -- submission only, 20 minutes straight -- it was super interesting to me, and to be able to compete against J.T. I was super excited and it was something I wanted to achieve and do in my martial arts career. I would have been more satisfied if I would have won, but I had fun and it was a good experience and hopefully I can come back.”

MacDonald would not necessarily compete at just any jiu-jitsu-centric event, specifically mentioning the unique rule set of Metamoris as what initially drew him to the promotion.

“That’s what interested in me in the first place with asking Metamoris to compete. Because of the rules, it’s super interesting for me,” MacDonald explained. “You don’t have to worry about ending up on your back. You can play, you can let the guy pass, you can work different things. You don’t have to be so stressed about keeping the guy in your guard. You can explore and have fun with it, and express yourself with different positions, attempts, and I think it’s good for the sport.”

The 25-year-old was on offense and defense at different points throughout the matchup, and in one segment was in danger of having his arm broken by Torres, who had isolated the limb. According to “Red King,” there was absolutely no way he was tapping to the submission.

“My arm hurts, but it was going to break before I would ever tap,” MacDonald said with a smile.

With a title fight against the winner of Johny Hendricks and Robbie Lawler looming on the not-so-distant horizon, MacDonald made it clear his heart is with mixed martial arts going forward. But, if everything works out, competing for Metamoris can be done in between fights.

“If the timing is right between my fights," MacDonald said. "Fighting is what is most important to me. This is something I just want to do for fun.”