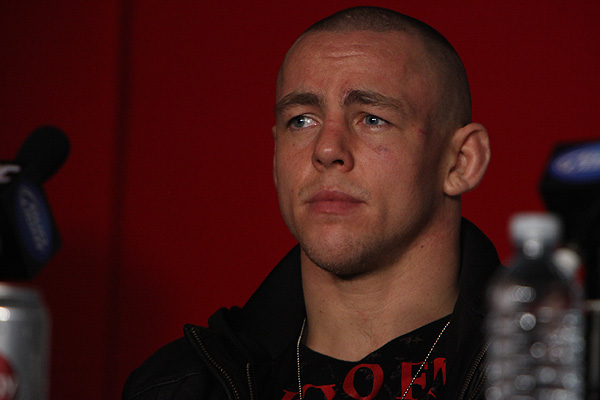 Ross Pearson entered the cage with supreme confidence ahead of his headlining lightweight clash with George Sotiropoulos at UFC on FX 6, a fact the Brit credits to his intense preparation.

“This whole camp, I’ve been shining just like the old me. I was just on cloud nine, realizing why I love this sport and [remembering] why I love doing what I do,” Pearson told Fox Sports following a third-round knockout of Sotiropoulos at Gold Coast Convention Centre in Gold Coast, Australia. “I felt good for it, and all the confidence I had going into tonight was from that hard work. I got my body lean, and I didn’t have to cut all that weight. I was prepared mentally and physically and wasn’t draining myself. I was just ready to go.”

The 28-year-old dropped to featherweight at the end of last year, posting a 1-1 record at 145 pounds before returning to lightweight to meet Sotiropoulos, the opposing coach on “The Ultimate Fighter: Australia vs. U.K.”

Pearson continually found a home for his snappy left hook throughout tonight’s contest, staggering the Sotiropoulos in round one before slipping up and giving the Aussie his back to end the frame. Though Pearson appeared in trouble, “The Real Deal” kept his cool and escaped the position.

“I was comfortable. He had [his forearm] across my face, like a face-bar,” said Pearson. “It’s not nice having someone on your back, so it was a bit of a scramble getting out of there. I didn’t want to be in that position again, but I was never in danger.”

Pearson then persevered in the second frame, walking through a steady jab from Sotiropoulos in order to floor his foe with another left hook. Sotiropoulos would hit the canvas twice in the third stanza, the final time coming off a sharp two-punch combination that earned Pearson the technical knockout victory just 41 seconds into the round.

“I knew that I found my range and timing [in the first round], and I knew that I had found the shot that I wanted to land,” said Pearson. “I know I always want to get on someone and bulldoze them and pressure them, but my team was holding us back and [advising patience]. I listened to my corner and didn’t rush in or go too crazy. I knew the knockout would come -- I just had to touch him. I found the shot early, and in the third round, I landed it.”

The victory marks Pearson’s sixth Octagon victory and his fifth career knockout. His coaching rival now in his rear-view mirror, the “TUF 9” winner says he will take on whomever the UFC places in front of him.

“I’ve been in this sport now a long time, and I just have to keep grinding and keep working. Whomever the UFC puts forward, I’m willing to step up and fight him,” said Pearson. “I’ve never turned down a fight, and I never will. I’m ready for the next step in my career.”