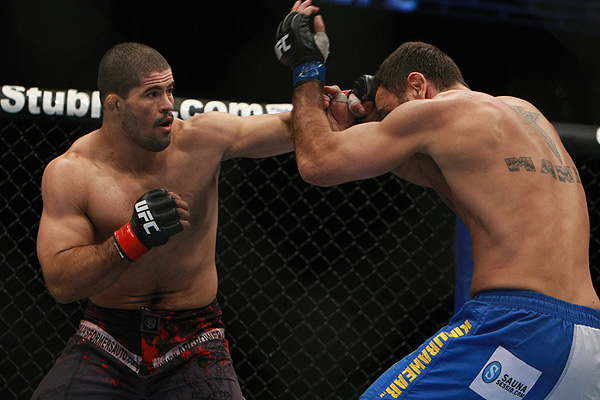 Rousimar Palhares is no longer part of the UFC roster. | Dave Mandel/Sherdog.com


Rousimar Palhares has been banned from competing in the Ultimate Fighting Championship as a result of the “unsportsmanlike conduct” that cost him his “Submission of the Night” bonus at UFC Fight Night 29.

UFC officials announced the news via Twitter on Thursday afternoon after UFC President Dana White told ESPN’s Jeremy Schaap that “Toquinho” had been cut from the organization’s roster.

The Brazilian’s skill in applying the fight-ending heel hook was impressive, but it was his conduct after Pierce gave up that landed him in trouble. After Palhares caught Pierce’s heel, the American tapped out vehemently, and referee Keith Peterson dived into the action to halt the contest, but Palhares did not immediately release the hold.

This marks the second time Palhares has been disciplined for hanging onto a heel hook after his opponent submitted, as the stocky competitor was previously suspended for 90 days by the New Jersey State Athletic Control Board for cranking the potentially dangerous hold against Tomasz Drwal in 2010.

Palhares now exits the UFC with a promotional record of 8-4, falling to Dan Henderson, Nate Marquardt, Alan Belcher and Hector Lombard in his five years with the Las Vegas-based organization. “Toquinho” earned Octagon victories over the likes of Ivan Salaverry, Jeremy Horn and Dan Miller and has never been submitted in 20 professional outings.