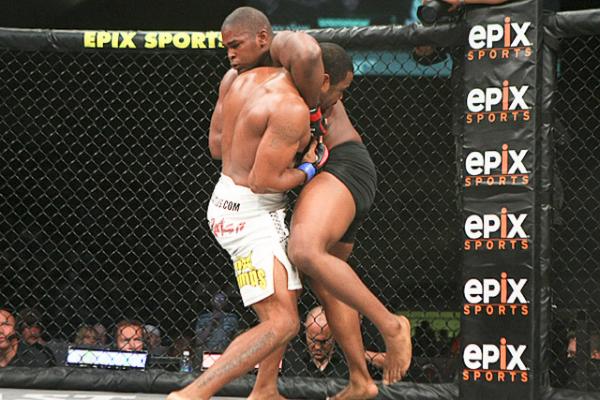 A Bellator official informed Sherdog.com on Wednesday that Lins had to withdraw from the matchup due to a bout with dengue fever. Bellator 142 takes place at the SAP Center in San Jose on Sept. 19 and will feature both MMA and kickboxing fights. The event is headlined by a 205-pound championship clash pitting Liam McGeary against Tito Ortiz.

Boughton will be making his first appearance for the California-based promotion since 2012, when he submitted to an Emanuel Newton rear-naked choke in the second round at Bellator 71. “Black Dynamite” has also competed at heavyweight and most recently stopped Dave Huckaba via second-round TKO at Global Knockout 4.

After beginning his UFC tenure with six consecutive victories, Carmont was released from the promotion after losses to Ronaldo Souza, C.B. Dollaway and Thales Leites. He returned to the win column in his Bellator debut, outpointing Guilherme Viana at Bellator 135 in March.