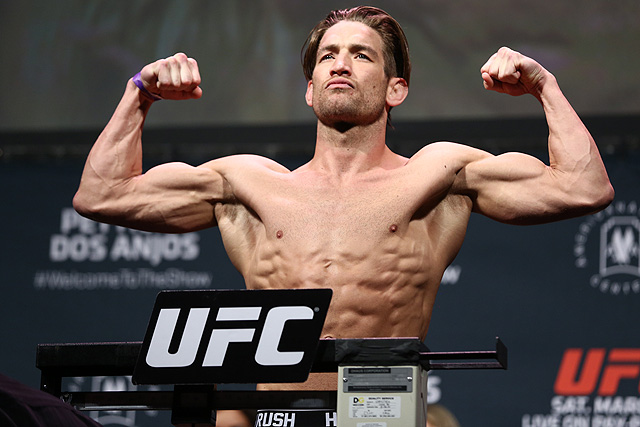 Sam Stout leaves the sport with a record of 20-12-1. | Photo: Dave Mandel/Sherdog.com


Sam Stout has announced his retirement from mixed martial arts at 31 years old.

The UFC lightweight revealed his decision to “UFC Tonight” on Wednesday. The fighter known as “Hands of Stone” exits the sport with a 20-12-1 career record, including a 9-11 mark in the Octagon. The Sean Tompkins protégé had lost his last three bouts within the Las Vegas-based promotion.

“It has become clear to me that I am no longer able to compete at the highest level of mixed martial arts,” Stout said in a statement. “Competing as a UFC fighter for the last 10 years has been something I will always look back on with great pride. I think my best days as a fighter are behind me and it would be a risk to my legacy and my health to continue competing. Therefore, I would like to announce my retirement from the sport of mixed martial arts.”

Stout began his pro career in 2003 at 19 years old. He made his Octagon debut in 2006, taking a split verdict over Spencer Fisher at UFC 58 in 2006. His trilogy with Fisher was one of the more memorable points of Stout’s promotional tenure, as he bested his rival two out of three times. He also defeated the likes of Joe Lauzon, Matt Wiman and Yves Edwards during his UFC stint.

The Canadian fighter last appeared at UFC Fight Night “Holloway vs. Oliveira” on Aug. 23, when he suffered a 54-second TKO loss to Frankie Perez. Perez announced his retirement immediately following the victory.

Stout’s lengthy UFC career allowed him to rack up six “Fight of the Night” bonuses and land a total of 990 significant strikes, the most of anyone in the lightweight division.