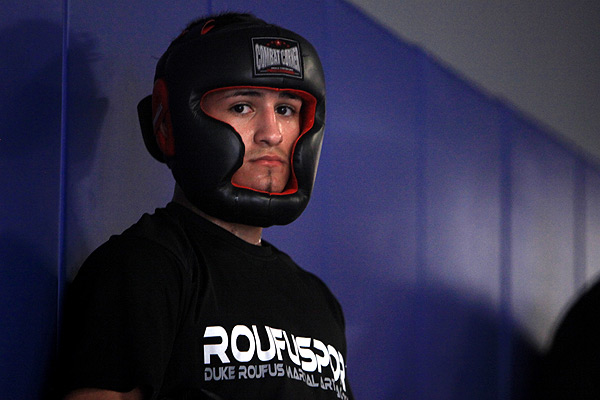 One of MMA’s most hyped prospects is making a change, as Sergio Pettis will debut as a flyweight May 4 at North American Fighting Championship “Colosseum.”

Promotion officials announced the news on Tuesday. Pettis locks horns with fellow 125-pound competitor Chris Haney at the event, which takes place at the Potawatomi Bingo Casino in Milwaukee. Also featured at the show will be a featherweight confrontation between Morgan Sickinger and Jose Pacheco.

Only 18 years old, Pettis has yet to taste defeat in MMA, posting three finishes as a professional after a 4-0 amateur run. The younger brother of former World Extreme Cagefighting lightweight champion Anthony Pettis, the Roufusport product began his pro career last year with a pair of head kick knockouts. Most recently, Pettis earned the first submission victory of his pro career, finishing Mike Lindquist with an arm-triangle choke on Jan. 7.

Representing Illinois’ Team No Ego, Haney began his career with a defeat but responded by earning three consecutive wins in 2011. “Bad Boy” was dealt his second pro loss in his last appearance, tapping to a Nate Williams brabo choke at MCC 38 in January.