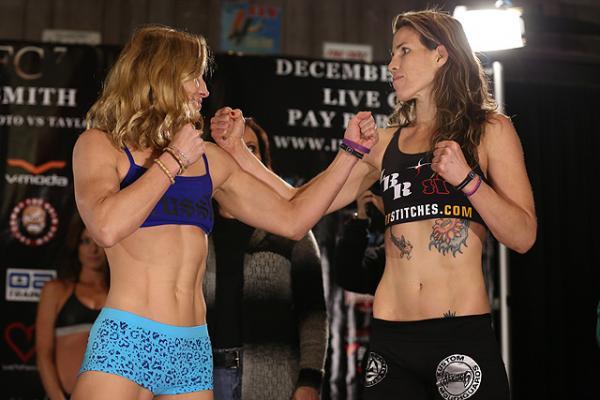 It’s been another breakthrough year for female MMA.

Invicta FC President Shannon Knapp certainly played her part. Ahead of the final Invicta event of the year on Saturday, Knapp joined the Sherdog Radio Network’s “Rewind” show to discuss her promotion, “The Ultimate Fighter 18” and more.

Knapp on how female MMA has progressed this year: “I think we’ve done amazing things this year in breaking down the barriers and moving the sport forward for the females. I’ve seen the landscape change. The fans have, in my opinion -- you’ve always got a lot more work to do, but I feel like the fans have really embraced it, and with the UFC behind it, we’ve kind of pretty much taken it to that next level. I think 2014 is going to be an even much more exciting year filled with a ton of opportunities for the athletes.”

On the UFC’s presentation of female MMA so far: “I think they’ve done a great job at pushing this out there, but also with the broadcast deal with Fox, I think we’ve seen a lot more of that than we’ve seen previously. I’m pretty impressed on all levels, whether it’s men or women, when it comes to how they’re packaging it and some of the programming that they’re doing. For me, I think they did an amazing job, but when it comes to the females, anything that’s positive and gives them more exposure, to me, is a good thing.”

On why the female fights drew better ratings on “The Ultimate Fighter”: “I always get myself in trouble for being so honest in my opinions, but I think it’s because we’ve seen so much with the men, you get a little … not that you get bored with it, but we’ve seen it. We’ve seen a lot of scenarios play out because they’ve had many seasons. I think with women, you still have the fans that are diehard fans and follow the men’s side of the sport, but I think people tuned in to see what it was going to be like because I think people expected it to be kind of a train wreck with the personalities, with Ronda and Miesha and their battles along with having men and women in the house. … I think a lot of people still wonder what makes a female want to get in there and do this. We’ve figured it out with men because we’ve been watching and studying.”

On what stood out this season: “Ronda’s very competitive. She had Miesha’s number last time. This time it looks like Miesha is way more in control of her mind and she’s not letting Ronda get to her. I think probably one of the more memorable [moments] was when Miesha walked on to replace Cat. … I did notice, most of all, the men kind of fell in the background. But if you’re going to have two female coaches and put men in there and this is the first time with women, it was bound to happen.”

On seeing some female MMA veterans like Shayna Baszler not make it far on the show: “To see [Baszler] get that shot and fall short, yeah, of course it’s disheartening. It’s always disheartening when you root for someone to have an opportunity and it doesn’t work out the way you would have liked it or hoped it would for them, but with that being said, there’s a wave of new talent that’s coming through. We witnessed this with the men. … You can witness kind of the same patterns moving forward with women. Athletes coming in with two fights, three fights, something like that, are jumping up in competition and are holding their own and are becoming victorious. It’s a new wave.”

On the UFC wanting to add a 115-pound weight division and possibly taking fighters from the Invicta roster: “The thing is, they can’t just take because I have contracts. [Contracts] keep them from just taking. I look at it more like it’s really a testament to what I’m accomplishing and achieving here in Invicta. … [115 is] my deepest division, a division I’ve nurtured and cared for to build and amass what I think are the top tier definitely in that weight division and to have so many personalities that accompany these athletes. It’s a very entertaining and very interesting division just because it so versatile, and the personalities are larger than life. You don’t have just one; you have many. For me, I look at it differently than a lot of people do. I look at it like it’s a measure of whether I’m being successful at what I set out to do. I think it’s a great thing. If they’re at that division and even considering it, you know that we’ve had to have some type of impact for that to happen.”

Listen to the full interview (beginning at 33:18).