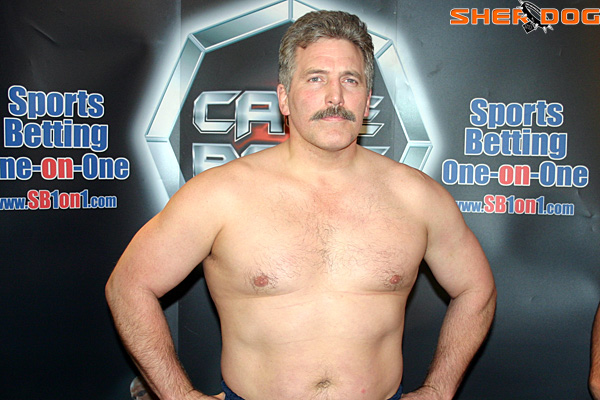 Just a few of the anecdotes Gentry shared with host Jack Encarnacao follow.

Gentry on Steve Jennum, who as an alternate won the UFC 3 tournament: “Unbelievably, they were actually able to catch Steve Jennum because Steve Jennum was in the car, leaving. That’s the thing. He basically was in the car, basically backing up in the parking lot to leave the event. This was something I added to the book from Kathy Kidd. She actually went and stopped him and said, ‘No, no, no. You’re actually fighting now.’ Got him out of the car. That’s just how crazy it was.”

On Dan Severn’s loss to Royce Gracie at UFC 4: “I remember interviewing Dan, and one of the things he told me was, there was a point when he had Royce down and he said, ‘I’m bigger than he is. If I wanted to, I could smash his face’ … and you do kind of see that. I’m not going to say that’s 100 percent of it. I think another part of it was he probably didn’t realize what he was getting caught in, but on the other hand, you didn’t really see him just start smashing somebody like … the Dan Severn of UFC 5.”

On Severn: “Art Davie went and saw him in a makeshift Chinese restaurant, of all things, doing some pro wrestling stuff with Al Snow on kind of the lower levels and talked to him and said, ‘You know this thing’s real?’ … When he showed up at the event, everybody thought that Al Snow was really the guy who was going to be fighting. Dan showed up in a suit, which is what he normally does, and was very reserved and kind of held back, and Al Snow actually looked like somebody who was really getting ready to step in. … [Severn] had no idea how to properly throw a punch or position yourself. … They had no idea how to do any of that stuff. They were just trying to wing it.”

On the worked fight between Oleg Taktarov and Anthony Macias at UFC 6: “There’s absolutely 100 percent no doubt about that. Anthony Macias, who like Andy Anderson was very much along with Buddy Albin. Buddy Albin was another one of the local promoters that SEG would turn to from time to time when they went into a city or a venue that they didn’t know as well. … Oleg obviously needed everything in his power to get to that last fight with Tank [Abbott], and given the higher elevation and everything else, it was just one of those things. It happened.”

On the attempt to give Taktarov oxygen after he beat Abbott: “After he won the match and given the high elevation, they [put] an oxygen mask on him but forgot to turn it on. It created more problems for him breathing. … I always thought that was really funny, Oleg just giving me the story: ‘I’m sitting here and they immediately just strap on this oxygen mask and they’re talking amongst themselves. I’m like, hey guys, this thing’s not on.’”