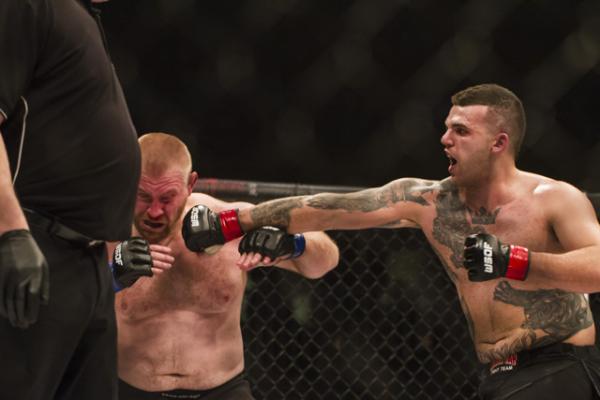 Smealinho Rama is looking to go from “Prince” to king. | Photo: Jacob Bos/Sherdog.com


A matchup between Smealinho Rama and Derrick Mehmen for World Series of Fighting’s inaugural heavyweight belt is official for Oct. 11.

The promotion announced the pairing via press release on Wednesday. WSOF 14 takes place at the Edmonton Expo Centre in Edmonton, Alberta, and is headlined by a welterweight tussle pitting Jake Shields against Ryan Ford.

Rama, 22, has been victorious in eight of nine pro outings, with his only loss coming to UFC talent Anthony Hamilton at MFC 38 last October. “The Prince” made his promotional debut on Feb. 21, when he outpointed Olympic wrestler Steve Mocco at WSOF Canada “Ford vs. Powell.” Most recently, Rama scored a first-round TKO against Tim Hague at Unified MMA 19 in May.

Mehmen enters the bout riding a six-fight winning streak, including triumphs over Rolles Gracie, Scott Barrett and Dave Huckaba under the WSOF banner. The 29-year-old “Caveman” has earned 11 of his 18 professional victories by way of knockout or technical knockout.