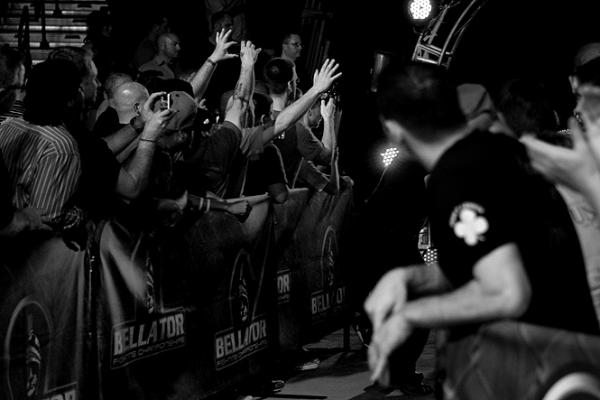 Viacom-owned Bellator MMA pushed north of 100,000 buys for their May 17 card, according to industry sources with information regarding the promotion’s debut foray into the pay-per-view business.

The source, speaking on the condition of anonymity because they were not authorized to release buy-rate data, stated that the information will be readily available in Viacom’s SEC filings later this year.

“I am never going to be in the business of confirming pay-per-view numbers but I’ll tell you this, going into the show I would have been very disappointed with anything less than 100,000 buys,” said Rebney. “Sitting here, despite losing our main event, I can say I am not disappointed at all in how the show performed.”

If the buy number is accurate, it marks a surprisingly successful inaugural event after some trying circumstances. Bellator MMA was slated to offer their first PPV last November, but a neck injury necessitated Tito Ortiz’s withdraw from his scheduled bout with Quinton Jackson and forced the show back onto Spike TV at the 11th hour.

Bellator MMA’s second attempt at PPV also nearly fell apart when lightweight champion Eddie Alvarez suffered a concussion late in training camp and was also forced from the bill. At Bellator 120 he was slated to fight Michael Chandler, with whom he had already split a pair of bouts; both of which were “Fight of the Year” candidates.

The company will most likely be heading back to pay television before the end of the year. Alvarez has one fight left on his contract and per the terms, he can require that bout to be on PPV. He stated in an interview with MMAFighting.com that he wants to face Will Brooks, who upset Chandler in an interim title bout that co-headlined the Bellator 120 broadcast.

Greg Savage is the Executive Editor of Sherdog.com and can be reached via @TheSavageTruth on Twitter.
Related Articles
Latest News
ALLUFCBELLATORPFLONE