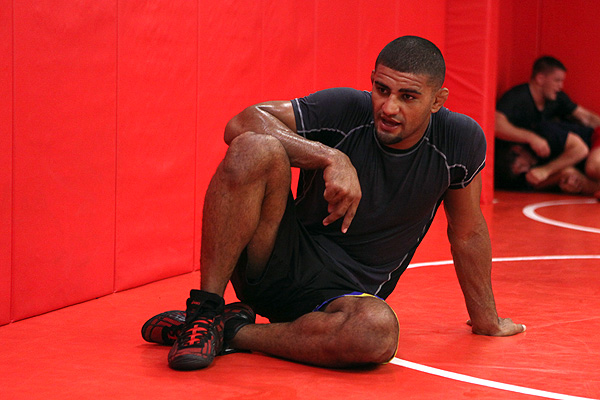 Douglas Lima has suffered another injury that will postpone his Season 8 welterweight final against Ben Saunders.

Sherdog.com on Tuesday confirmed with sources close to the situation that Lima has torn cartilage his ribs and will be unable to compete July 31 at Bellator 97, which takes place at Santa Ana Star Center in Rio Rancho, N.M., and airs live on Spike TV. It is currently unclear whether Saunders will compete on the card or wait for Lima’s return.

Lima and Saunders first met in November 2011 for the Season 5 tournament final, with Lima stopping “Killa B” via second-round knockout. Following that victory, Lima challenged welterweight champion Ben Askren, falling in a unanimous decision last year at Bellator 64. “The Phenom” then returned for the Season 8 tourney earlier this year, knocking out Michail Tsarev and Bryan Baker to advance to the finals. However, a broken hand sustained during Lima’s semifinal clash with “The Beast” forced Bellator officials to move his rematch with Saunders from March to July.

Saunders, meanwhile, stands in the midst of his third tournament appearance, having come up short in both the Season 5 and 6 draws. The UFC veteran took a unanimous decision over Koffi Adzitso in the Season 8 quarterfinals to set up a semifinal rematch with Raul Amaya, whom Saunders knocked out with a first-round head kick this past February at Bellator 90. Saunders owns half of his 16 victories via knockout and has collected an additional five submission wins in his nine years as a pro.