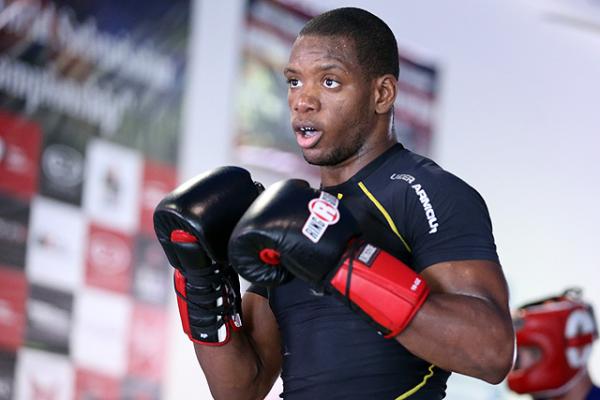 Will Brooks is moving up on the Bellator 120 card. | Dave Mandel/Sherdog.com


Michael Chandler will compete at Bellator 120, but not against Eddie Alvarez.

Sherdog.com on Friday confirmed with a source close to the booking that Will Brooks will replace Alvarez at the May 17 event, which takes place at Landers Center in Southaven, Miss. The card will air on pay-per-view, and the prelims will air live on Spike TV.

Although he did not confirm the report that Alvarez was out of May 17’s bout with Chandler, Spike TV President Kevin Kay issued a statement to Sherdog.com via text message:

“Spike’s only concern right now is the health and well being of one of our top fighters.”

Brooks, 27, rides a four-fight winning streak into his showdown with Chandler. After coming up short in the Season 8 tournament, Brooks rebounded with a trio of dominant decision victories in Season 9, besting John Alessio, Saad Awad and Alexander Sarnavskiy to capture the tournament crown.

Chandler won the Bellator lightweight title from Alvarez in November 2011 and then defended the belt successfully twice before handing the gold back to Alvarez in his most recent in-cage appearance, which resulted in a split decision defeat last November at Bellator 106.

After losing the title to Chandler, Alvarez went on a three-fight winning streak, knocking out Shinya Aoki and Patricky Freire before edging Chandler in just the fourth decision win of his 28-fight career.

This item was updated at 11:53 a.m. ET Saturday morning to add a statement from Spike President Kevin Kay.