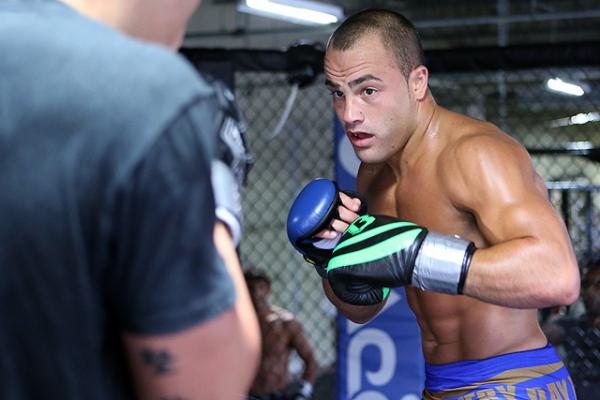 
A loaded UFC 178 lineup could get even more interesting, as a bout between streaking lightweight Donald Cerrone and Bellator MMA 155-pound kingpin Eddie Alvarez has been targeted for the Sept. 27 event.

Sources close to the bout who spoke on the condition of anonymity because the matchup had not yet been finalized confirmed the news to Sherdog.com. The bout is contingent on the UFC acquiring Alvarez’s services from Bellator. Negotiations are ongoing because Alvarez currently remains under Bellator contract at the time of this writing.

UFC 178 takes place at the MGM Grand Garden Arena in Las Vegas on Sept. 27 and is headlined by a light heavyweight title clash between Jon Jones and Daniel Cormier. The card also includes a key featherweight tilt pitting Conor McGregor against Dustin Poirier.

Alvarez has spent the last four years competing for Bellator MMA. He captured the promotion’s lightweight title for a second time in his most recent outing with a split-decision triumph over Michael Chandler at Bellator 106 this past November. The 30-year-old Blackzilians representative had major contract issues with Bellator last year, as the two parties went to court to settle a dispute that began when Alvarez’s deal expired in October 2012.

After approximately eight months, Alvarez reached a settlement and signed a new deal with the promotion, which cleared the way for his rematch with Chandler last year. The Philadelphia native was to have met Chandler for a third time at Bellator’s inaugural pay-per-view event in May but had to withdraw after suffering a concussion in training.

Cerrone, meanwhile, is one of the hottest fighters in the lightweight division. The Jackson-Wink MMA standout has won four straight fights since December 2013, posting finishes against Evan Dunham, Adriano Martins, Edson Barboza and Jim Miller.