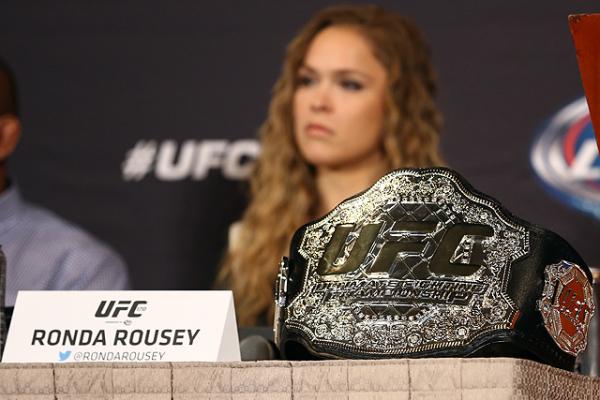 According to Rousey’s attorney, Steven Bash of Bash & Polyachenko, P.C., the fighter’s agreement with the sports management company will not hold up under California law.

“As far as disagreements go, we don’t have any intention to publicly litigate any dispute or air grievances or dirty laundry about their relationship,” Bash told Sherdog.com on Wednesday. “The only current issue is whether or not Fight Tribe can legally be considered Ronda Rousey’s manager under well-established California law, and we feel the answer will be no … Today, the fact is, that [representation agreement] is voidable and null and not legally enforceable. Once we get a determination, then we’ll go from there, but that’s really what the issue is today.”

On March 7, Fight Tribe Management filed a petition for arbitration in Los Angeles Superior Court, naming Rousey as the respondent and seeking that the court appoint a neutral arbitrator to settle the dispute. After obtaining a copy of the document, Sherdog attempted to contact both Fight Tribe founder Darin Harvey and Fight Tribe’s attorneys from Reed Smith LLP, but requests for comment were not returned by Wednesday night.

While Bash said his involvement in the situation began last month, he declined to specifically name the source of the friction between the parties.

“Honestly, I’m still gathering a lot of facts, because my firm’s involvement is strictly for this particular issue,” said Bash. “I can’t really comment on the source of the friction. I can tell you that there are multiple sources, but it’s still pretty premature to discuss them, because the issue is one of legality, rather than what I’m sure people want to hear, which is ‘What’s going on behind the scenes to have caused this situation to occur?’ It’s premature for that, and in my opinion, it’s not necessary. Maybe it all comes out later in the future, but right now, like in any relationship that comes to an end, there is an emotional component to it. So I think it would be an unnecessary aspect of what is going on.”

Bash, who is representing Rousey in cooperation with his legal partner, Alexander Polyachenko, believes that the matter will be resolved under the supervision of the California State Athletic Commission, rather than decided in Superior Court.

Moving forward, Bash said that he and Polyachenko will now respond to the filed petition, though he could not reveal exactly what the next legal step will be.

“That’s a question I really can’t answer, because it’s really strategic in nature,” said Bash. “I’d love to [offer] as much information as I can, but litigating the case in public is not my intention.”

Rousey, 27, made her mixed martial arts debut in 2011 after winning a bronze medal in judo at the 2008 Olympics. “Rowdy” then excelled in the cage, submitting each of her first seven opponents in the first-round. The Californian won Strikeforce’s 135-pound championship in 2012 and was then named the inaugural UFC titlist to close out that year. Rousey has defended her UFC belt three times thus far, most recently stopping Olympic silver medalist Sara McMann with a body shot last month at UFC 170.