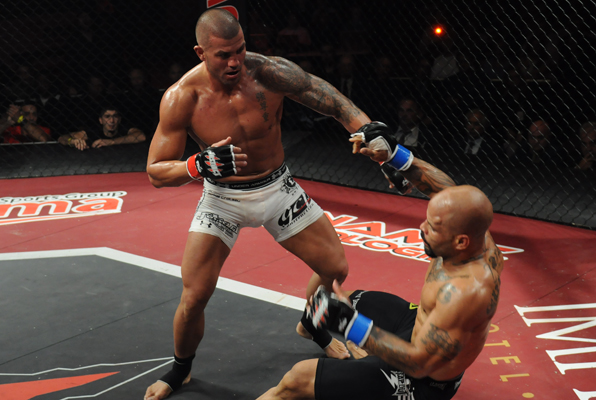 
Steve Bosse was the odd man out when a New Jersey judge overturned a preliminary injunction that would have banned Quinton Jackson from competing at UFC 186.

Bosse had agreed to replace Jackson and face Fabio Maldonado at the April 25 event when it appeared as though “Rampage” would not make the date. Instead, the 33-year-old Canadian will make his Octagon debut at "The Ultimate Fighter: Brazil 4" finale against Thiago Santos on June 27.

Promotion officials recently announced the bout, which will take place at 185 pounds. The “TUF: Brazil 4” finale takes place in Sao Paulo and is headlined by a welterweight clash between Erick Silva and Rick Story.

Bosse has not competed since May 2013, when he stopped Caleb Grummet via first-round TKO at a regional event in Quebec. “The Boss” is 10-1 as a professional and owns notable triumphs over Houston Alexander, Marvin Eastman and Wes Sims.

A “TUF: Brazil” veteran, Santos is 2-2 in the UFC since his 2013 debut. “Marreta” last appeared at UFC 183, where he scored a first-round technical knockout victory over Andy Enz.