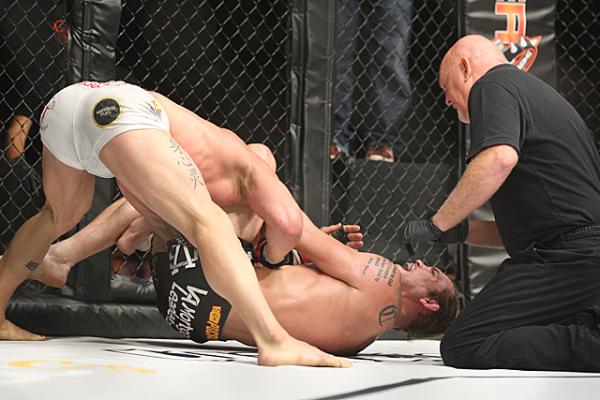 
Carl submitted Josh Burkman with a fourth-round triangle choke to capture the inaugural World Series of Fighting welterweight championship in the WSOF 6 headliner on Saturday at the Bank United Center in Coral Gables, Fla. Burkman (26-10, 3-1 WSOF) tapped out and then fell unconscious 62 seconds into round four, his winning streak halted at five fights.

The two contenders traded takedowns, dominant positions on the ground and submission attempts throughout the back-and-forth affair. They did their best work in the third round, where Carl made the first move: he grounded, mounted and threatened Burkman with a rear-naked choke. “The People’s Warrior” responded with a full mount of his own, followed by a guillotine.

In the fourth round, Carl delivered another takedown, only to see his counterpart reverse into top position. The triangle choke came next, as the 28-year-old Iowan snared his prey. Burkman tapped out, but referee Troy Waugh either did not see it or elected to disregard it, allowing “The Ultimate Fighter” Season 2 alum to black out in Carl’s clutches.

“I feel a little disappointed,” Carl said. “I feel like I could have performed a lot better. Two weeks ago, I was in the emergency room with torn muscles and a bulging disc in my back, unable to walk. My last two weeks were nothing but rest and rehab to get here. I was determined to take this fight.

“I’m not really happy with my performance,” he added. “I was so tired. I wanted to quit a couple of times. Josh is a really game opponent, and he kept bringing it. Honestly, I didn’t think I could do it for a while, but my cornermen just kept pushing me through, and we did it.” 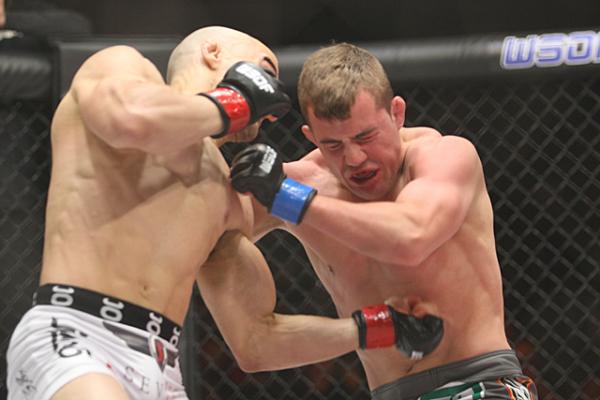 Photo: K. Mills/Sherdog.com
Moraes plowed right through Beebe.
World-ranked bantamweight Marlon Moraes needed a little more than half a minute to knock out Carson Beebe with a ringing left hook in the co-main event. Moraes (12-4-1, 4-0 WSOF) sealed the deal 32 seconds into round one, as he recorded his sixth straight victory.

An aggressive Beebe (14-3, 1-1 WSOF) stormed out of the gate and elected to trade with the Brazilian muay Thai practitioner. The tactic did not work. Moraes kept his cool, fired back and put his left hook on the chin of the Chicagoan. Beebe went down and was met with a pair of standing-to-ground right hands before it was over. 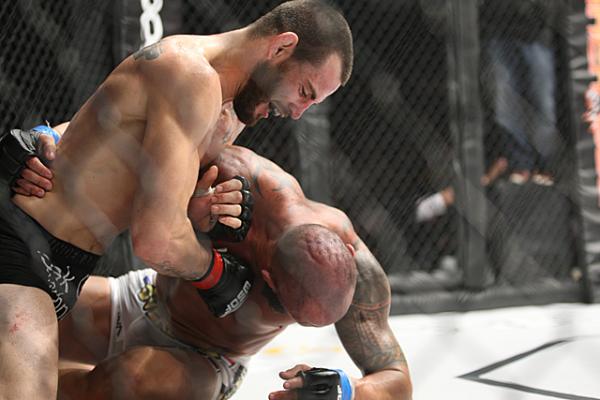 Alfaya (15-7, 0-1 WSOF) was the superior fighter through the first five minutes, as he pursued a relentless clinch, struck for a takedown, transitioned to the American Kickboxing Academy mainstay’s back and fished for the rear-naked choke. Fitch started to turn the corner in round two, where he cracked Alfaya with uppercuts and overhand rights. Fatigue began to take hold.

The third round belonged to Fitch. There, he continued to land on the feet and also had success on the canvas, unleashing his ground-and-pound to great effect.

“I was fairly confident I did enough,” Fitch said. “I did a lot of damage with striking and did a lot on top. He was able to control some positions on me because he was really strong, but I don’t think that was enough to win a fight. He was so strong against the fence. I couldn’t make the room to escape.” 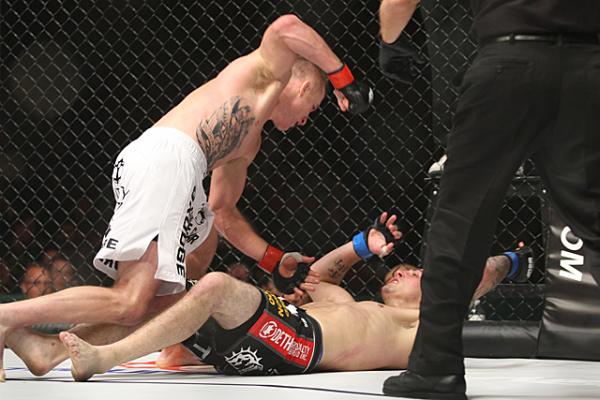 Photo: K Mills/Sherdog.com
Gaethje absolutely destroyed Lauzon.
Grudge Training Center’s Justin Gaethje kept his perfect professional record intact, as he knocked out Dan Lauzon with a right hook-right uppercut combination in the second round of their lightweight showcase. Gaethje (10-0, 3-0 WSOF) closed out “The Upgrade” 1:40 into round two.

While the two punches were behind the finish, low kicks were the story. Gaethje ripped into Lauzon’s lead leg with a relentless stream of kicks to the inner thigh. By the end of the first round, the 25-year-old could barely stand. Gaethje picked up where he left off in round two and, with Lauzon’s movement compromised, closed in for the kill.

The right hook landed clean, followed by a brutal uppercut that sent Lauzon crashing violently to the canvas.

“My strategy is always to work hard,” Gaethje said. “I take the opportunities I get. I saw him planting on his feet, so I was definitely trying to tee off on that leg. I knew from the beginning that this was one of my toughest opponents I was going to face. He has heart and my respect.” 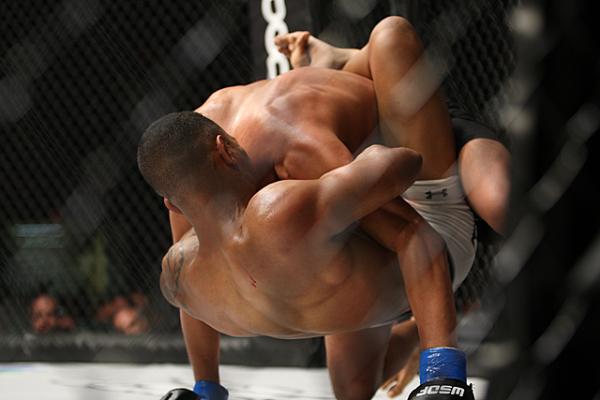