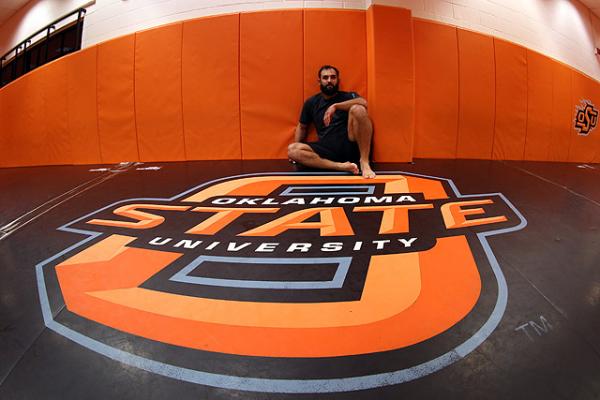 Ahead of the bout, Wright joined the Sherdog Radio Network’s “Beatdown” show to break down the matchup, Hendricks’ preparation and more.

On preparing Hendricks for a southpaw: “We brought in southpaw boxers. We brought in kickboxers. We definitely did a lot of work in the MMA department, how to neutralize certain strikes that we think Robbie favors. We should be good to go.”

On Hendricks’ loss to southpaw Rick Story: “The way that Story was able to beat Johny wasn’t so much that he was able to stay at a distance and confuse him with angles and so on. … He was just so strong. If he can’t get to you with some big shot on the outside, he’d keep you on the cage. I think that since then Johny is a million times improved as a fighter. Story probably [is] as well, but Johny has grown since then and I do think that any type of fight that’s taking place in the middle, Johny’s technique has improved so much that I like his advantages there.”

On whether leg kicks could play a role in Hendricks’ strategy: “I like Johny as a kickboxer going against Robbie. I really like his ability in the standup. I think we can win all areas of the standup. We definitely want to mix it up. We don’t want to give one look. … I do think Johny could beat him in kickboxing. I do think he’s skilled enough to win that kind of fight.”

On the role wrestling could play: “We believe when the fight takes place that the skill of Johny Hendricks will take over when he’s in the middle of the cage. So if the opportunity comes for him to shoot a double or for him to get a body lock, we feel confident that he’ll be able to get there and take advantage of that no matter what the stance of the guy is. Because in particular, once you get chest to chest, once you get over-under, once you get on the cage, it really turns into a battle of who is the more technically familiar of how to take advantage of these wrestling opportunities.”

On whether Hendricks can take a shot from Lawler: “He took big shots against [Carlos] Condit. He took a couple good shots against Georges [St. Pierre]. Georges is not necessarily the level of hitter that Robbie is, but clearly we’re confident in him because more than anything the vision is the number one thing. As long as you can see the shot, your ability to take it, it goes way up. If you understand that it’s on its way, your ability to prepare for it is the number one way that you can keep yourself from being stopped. … I believe in [Hendricks’] jaw, but more so I believe in his vision. I know that he will keep himself in a position where he goes, ‘OK, this is where the explosion is coming from.’ As long as he does that, I do feel he’s the better fighter in all aspects of mixed martial arts and I think we’re going to get our hands raised.”

On whether it’s a letdown that he’s not fighting St. Pierre again for the title: “None whatsoever. The goal was the belt, and if Georges comes back, we’ll be ready for him. We definitely want the title. It means a lot to us that we accomplish that. … No matter what, when they put that belt on you, you represent the best in the game. If Georges comes back, we’ll definitely love to fight him again.”