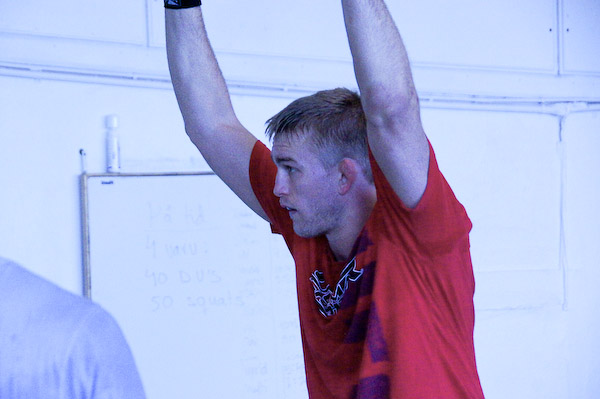 Ten days prior to the April 6 event, Gustafsson sustained a cut in training. After his camp notified the SMMAF, the regulatory body’s medical committee examined Gustafsson and decided that the wound would not allow the headlining Swede to compete safely -- a decision questioned by UFC President Dana White. As a result, Gustafsson’s countryman, Ilir Latifi, was tapped to replace “The Mauler” against Gegard Mousasi at the Ericsson Globe Arena in Stockholm.

After Gustafsson initially posted a picture of what looked to be a large cut over his left eye, White posted his own image four days prior to the event in which Gustafsson’s wound was barely visible. Nevertheless, the SMMAF medical committee today stated that while the cut may have healed superficially, it still posed a danger for Gustafsson in both the short and long term. The full statement follows below:

On Saturday the 30th of March a SMMAF doctor examined Mr. Alexander Gustafsson and forwarded images of the injury, pre and post sutures, to two other SMMAF doctors. Together they made the assessment that Gustafsson’s injury was of such a nature that he would not be able to compete nor partake in full–contact sparring for another 6 weeks or more without risking further injury and that it was highly unlikely that he would be cleared at the medical check the day before the match. The cut was both wide and deep and in a sensitive area. Consequently, he could not at that time be deemed fit to safely compete in the match. It was formally decided on the 2nd of April that Gustafsson´s match was stopped through the ruling of the Medical Committee. Questions have been raised regarding the assessment of the Medical Committee and the SMMAF board has requested we supply the Federation with a formal clarification on the details of the decision.

After 48 hours a sutured wound is re-epithelialized, meaning that there is a thin layer of cells covering it. Wound strength gradually increases during the healing process, and after 2 weeks a wound has less than 10% of its final healed strength. By this time, most superficial or percutaneous closure materials are removed, and the resulting wound has little to rely on for strength unless additional support is available. Additional support in this case would be tape but that is not allowed during an MMA match according to SMMAF rules. At this point the scar is more or less visible to the naked eye, but the damaged tissue is not healed. Wound strength increases to 20% by 3 weeks and to 50% by 4 weeks. At 3-6 months, a wound achieves its maximum strength, which is 70-80% of that of normal skin.

In the event of a wound of this nature, it will be enough with only a moderate impact in the eye area for the wound to open up again. In elite level contact sports it is highly probable for that to occur and thus causing the wound to bleed profusely, escalated by the fact that in this stage of the healing process there is an increase of vascular density in the surrounding tissue. The bleeding would be of such intensity that a stoppage of the match is highly likely, since the vision would be occluded.

The long-term consequences are hard to predict, but repeated damage to a wound with less than 10% strength will likely cause muscular damage. In this case this entails damage to orbicularis occulis, levator and palpebrae superioris, i.e. the muscles controlling the eye lid, which could lead to a permanently decreased function of the eye lid, commonly referred to as a lazy eye (medical term ptosis).

Had the Medical Committee not been asked to examine the wound at this early stage nor been privy to information regarding the injury, there is a possibility that Gustafsson might have been cleared at an inspection on April 5th. The extent to which a wound of this type appears healed after a week will vary. However, such speculation is not relevant in this case since the Medical Committee had in fact already performed an examination. Consequently; letting an athlete compete in an elite level full contact sport based on what appears to be a healed scar, but fully informed of the fact that the injury is far from healed and the obvious risks that come with it, would be a severe breach of medical ethics as well as in this respect also against the law.

Finally the Medical Committee would like to comment on the time-line of events. Normally a SMMAF doctor will see the athlete for the first time on the day before the match at the medical check. However unusual as this case was, there is nothing in the SMMAF Regulations that prevents a SMMAF doctor to see an athlete earlier than the day before the match. Furthermore there is nothing in the SMMAF regulations that prevents the Medical Committee to make a decision earlier than on the night before a match. If an athlete’s team contacts the SMMAF because of a medical situation that has arisen it would be unethical for the Federation to turn its back on that athlete and not perform a medical examination immediately.