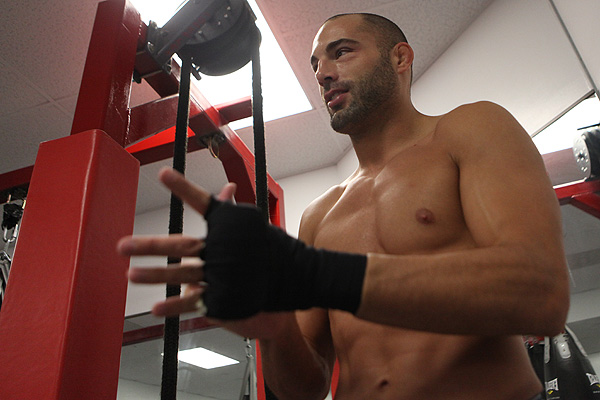 Mike Swick has decided to retire following a loss at UFC 189. | Dave Mandel/Sherdog.com


UFC welterweight Mike Swick has decided to call it a career after 21 professional bouts.

The AKA Thailand representative announced his decision Thursday via Facebook. He exits the sport on the heels of a loss to Alex Garcia at UFC 189, his first fight in 945 days.

“I was healthy and injury free for the first time in [eight] years but still couldn't put my game together,” Swick wrote regarding the July 11 bout. “There comes a time when every fighter realizes he is older and not what he use to be, and I want to acknowledge this and stay true and honest to what I have always said, that I will leave when I know I am done. It's a hard thing to do considering everyone wants to go out on top. Unfortunately when [you’re] actually on top, you never wanna go out.

“It's unfair to the UFC, the fans and to my family and friends for me to keep chasing this career while giving performances that I am not proud of.”

The 36-year-old Swick competed only sporadically in recent years, as a variety of injuries and ailments kept him sidelined for large chunks of time. From 2010 to 2015, he fought just four times, losing three.

As a competitor on the original season of “The Ultimate Fighter,” Swick remains an important part of UFC history. He came up just short on the reality show, falling to Stephan Bonnar in the semifinals. He began his Octagon tenure by winning nine of his first 10 appearances, including triumphs over the likes of Joe Riggs, David Loiseau, Josh Burkman, Marcus Davis and Ben Saunders. He was likely on the verge of a 170-pound title shot before dropping a decision to Dan Hardy at UFC 105 in 2009.

Swick spent a lot of time in recent years in Phuket, Thailand, where he founded AKA Thailand. He said he plans on continuing to help the gym grow and improve.

“Though I am retiring from fighting, I will stay a big part of this sport as I continue to build fighters and grow my dream gym AKA Thailand,” Swick wrote. “This gym is a massive project that has taken us [five] years to put together and once we are done, it will be the largest and most unique fight gym in the world. I am so proud to have such a great team of people behind it and I will now give my full effort towards its progress and the business surrounding it.”

Swick made his pro MMA debut in 1998 and compiled a 15-6 record over the course of his career.