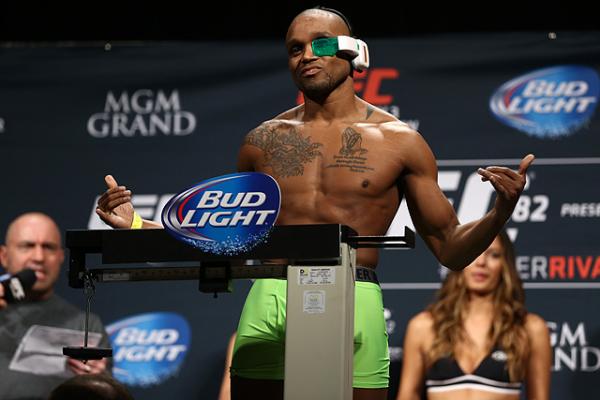 Marcus Brimage is no longer on the UFC roster. | Dave Mandel/Sherdog.com


One day after Eddie Gordon revealed that he had been released by the UFC, five other fighters took to social media to announce that they are no longer under contract with the Las Vegas-based promotion.

“The Ultimate Fighter 14” cast member Marcus Brimage was likely the most well-known roster casualty. Roger Narvaez, Christos Giagos, Matt Van Buren and Chris Clements also received pink slips amid speculation that more cuts could be forthcoming. The UFC does not generally announce or confirm when it releases a fighter.

Brimage began his Octagon tenure with three consecutive triumphs but lost four of his final five bouts within the Las Vegas-based promotion. Most recently, he suffered a first-round knockout loss to Jimmie Rivera at UFC Fight Night “Bisping vs. Leites” on July 18. He was also the first person to face Conor McGregor in the UFC, falling to the “Notorious” one via first-round TKO 67 seconds into their encounter in April 2013.


Got my pink slip today, I was a pleasure working for @UFC, don't worry I'll be back!!!

I would like to thx @ufc @danawhite and Joe Silva for the opportunity to fulfill a dream. It's not goodby....just I'll see u later!#God1st

(1/2) I was scheduled to fight in UFC in August. I had an injury that forced me to pull out. I was offered a fight Jan. 2 against my team

(2/2) mate. Coach asked me to turn it down, so I did. Just got released from UFC after @danawhite said they wanted me back. I don't get it

Apparently I just got released from @ufc. It was my goal to compete there and I did it!


Sorry everyone but I will be back!!! #all #good #noworries