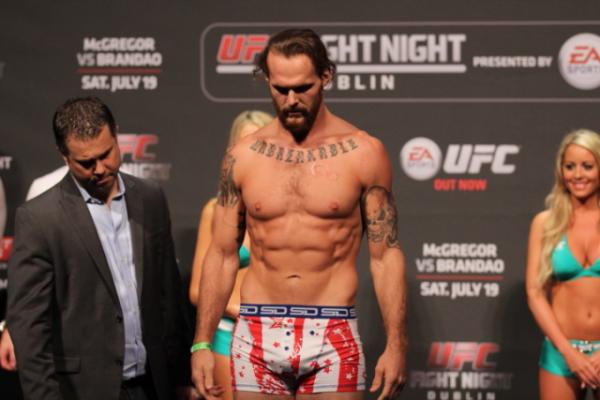 Mike King is one-and-done in the UFC. | Photo: Ciarán Maher/Sherdog.com

The Las Vegas-based promotion announced the results of King’s test on Wednesday. As a result, “The Ultimate Fighter 19” cast member has agreed to serve a nine-month suspension retroactive to the event and must pass a drug test in order to compete again. Additionally, King forfeits the $50,000 “Fight of the Night” bonus he earned in defeat.

Just where he competes next is unclear, as King released a statement to MMAFighting.com saying that he had been terminated from his UFC contract. Sherdog.com confirmed with a UFC official that King’s statement was accurate.

Meanwhile, Pendred had a succinct-yet-colorful response to the news on Twitter:

King started quickly against Pendred, dropping the Irishman with a right hand before eventually moving to full mount. The American appeared to be on the verge of a finish on several occasions in the opening frame, but Pendred somehow survived.

Pendred took over in round two, as he took the tiring King’s back and secured a fight-ending rear-naked choke at the 3:33 mark. It was the first loss of King’s six-fight pro career.