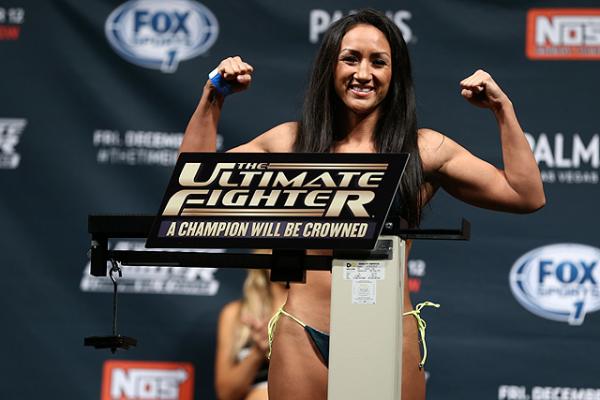 Esparza walked away with the inaugural Ultimate Fighting Championship strawweight title and some extra money in her pocket, as she submitted Rose Namajunas with a third-round rear-naked choke in the main event. The Colin Oyama protégé weathered an early Namajunas blitz and slowly took control of their match, eventually forcing the tapout 86 seconds into round three.

Meanwhile, Medeiros earned his bonus with a crouching guillotine choke submission on Joe Proctor. The Hawaiian folded Proctor with a spinning back kick to the body in the final minute of the first round, swarmed with punches and secured the guillotine along the fence for the finish. The end came 4:37 into round one.

Finally, Penne and Markos fattened their bank accounts with their “Fight of the Night” effort, as they kicked off the main card with a competitive three-round clash at 115 pounds. A former Invicta Fighting Championships titleholder, Penne leaned on superb offensive grappling and momentum-stifling takedowns, as she eked out a split decision over Markos. Scores were 30-27 and 29-28 for Penne, 29-28 for Markos.