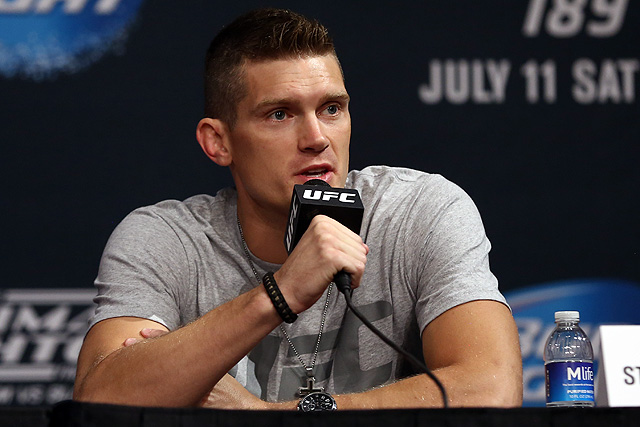 
After the mayhem that transpired on the main card at UFC 189 the night before, the athletes on "The Ultimate Fighter 21" finale had a tough act to follow.

While Sunday’s card didn’t live up to its predecessor, it still featured its share standout efforts, as Stephen Thompson, Kamaru Usman, Jorge Masvidal and Josh Samman each collected $50,000 “Performance of the Night” bonuses.

Thompson was sensational after he overcame a moment of peril early in the first round against Jake Ellenberger in the evening’s main event. But “Wonderboy” hung tough, cleared his head and systematically tore into the longtime veteran, eventually stopping him in jaw-dropping fashion. Thompson initially nailed Ellenberger with a spinning hook kick that scrambled his equilibrium. Instead of rushing for the finish, Thompson took his time, hurt his foe some more, and then bombed “The Juggernaut” with an even better spinning hook kick, dropping Ellenberger and ending the fight 4:29 into round one.

In the co-main event, Usman made his Blackzilian teammates proud by dominating American Top Team rival Hayder Hassan, eventually forcing him to tap out thanks to a crushing arm triangle. Usman secured the choke against the cage and squeezed his foe until he couldn’t escape, eliciting the tapout at the 1:19 mark of round two.

Meanwhile, Masvidal sprung to life quickly in his fight against Cezar Ferreira after a cautious start. An elbow and right hand dropped “Mutante” and there was no recovering. Masvidal pounded on him until the finish, which came when John McCarthy pulled him off 4:22 into the opening stanza.

Lastly, Samman had blood spit at him by Caio Magalhaes in a bitter post-fight exchange, as the Brazilian jiu-jitsu black belt was likely frustrated when Samman tapped him out with a rear-naked choke 2:52 into round one.