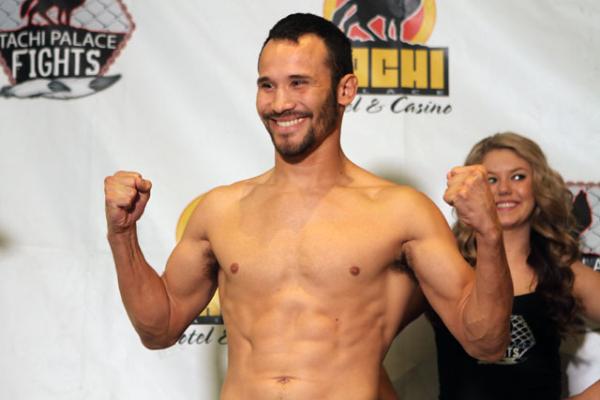 
LEMOORE, Calif., -- There will be plenty of championship gold on the line when Tachi Palace Fights holds its 22nd event on Feb. 5.

TPF 22 will feature of trio of title bouts to kick off the promotion’s 2015 campaign, one of four events the organization is planning to hold during the upcoming year. Promotion officials revealed the news to Sherdog.com on Tuesday. TPF 22 takes place at the Tachi Palace Casino and streams live and free on Sherdog.com.

In the evening’s headliner, Rolando Velasco will square off with Jeremiah Labiano for the bantamweight strap vacated by recent UFC signee --- and surprise 135-pound title challenger -- Joe Soto. Velasco enters the bout on a five-fight winning streak, including four triumphs under the TPF banner. He last appeared at TP 21, submitting Sergio Cortez with an arm-triangle choke in the opening frame.

Labiano has won five of his last six fights, with his only setback coming at the hands of Soto this past February. He rebounded to outpoint WSOF veteran Tyson Nam this past September.

Another vacant belt will be on the line in the co-main event, as Alex Perez battles Anthony Figueroa for the flyweight championship. Ex-champ Willie Gates relinquished the title when he signed to face John Moraga at UFC on Fox 13. Perez has won eight straight fights, finishing six of his victims inside the distance during that time. Figueroa has won six of his last seven outings, including a three-round verdict over Luis Gonzalez at TPF 21.

Finally, Angel DeAnda locks horns with David Mitchell for the middleweight belt. TPF has not had a 185-pound champion since 2011, when David Loiseau defeated Leopoldo Serao via fifth-round stoppage for the title at TPF 8.

In addition to the three title bouts, local fan favorite and Bellator vet Poppies Martinez will take on Tony Llamas at lightweight; Jared Papazian meets Terrion Ware at bantamweight in a rematch of a March 2013 affair won by Papazian; and highly-touted prospect Castle Williams tussles with Brandon Cohea at featherweight.