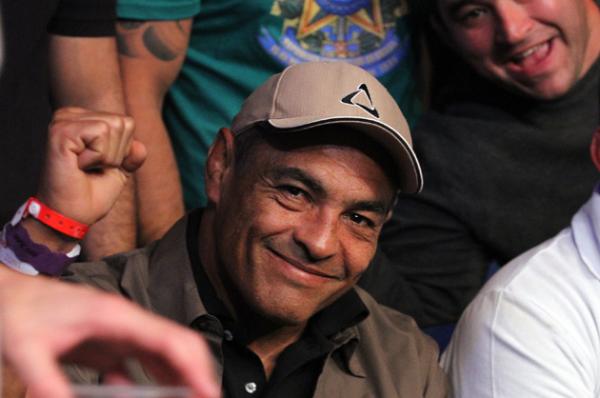 The fighters will be divided into the Rio team, led by former UFC champion and Brazilian Top Team leader Murilo Bustamante, and the Sao Paulo team, led by Francisco Veras former trainer of Anderson Silva and head of Veras TK. Additionally, there will be a main event clash between undefeated Alexandre Pimentel and Pety Mafort. “Big” John McCarthy will be the primary referee for the event.

Gracie's promotion will feature some innovative rules. Weigh-ins take place the day of the event, and each match will have two rounds -- the first frame is 10 minutes, while round two is five. If a draw occurs at the end of two rounds, the winner will be determined by votes from the referee, Gracie and the viewing audience (one vote in total).

Another novelty is that the bell does not "save" a fighter. If the fight is on the verge of the finish and the round expires, the referee does not stop the action.

"We want to create a new paradigm in the fight and retrieve values that have been lost over time. Today the fight means blood and money. Let's value the spirit of victory and strategy," Gracie said on the event's website.

Each “Master of Combat” card will feature a clash between two teams. The squad that wins at least three of the five bouts qualifies for the next event, and the award amount increases as the fighters overcome their opponents.

The “Master of Combat” schedule encompasses nine events; the first seven of them already have confirmed dates and venues.