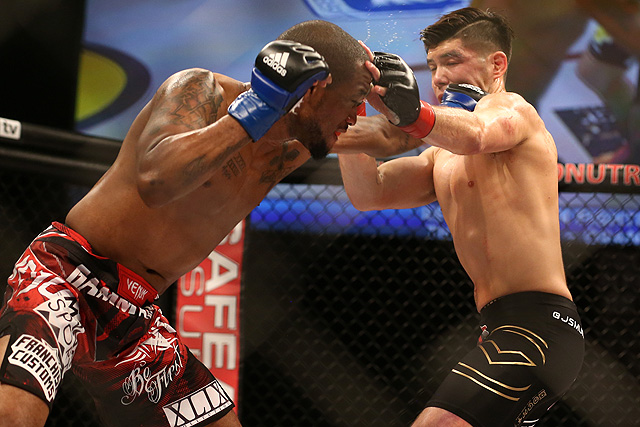 
Terrion Ware built a comfortable lead and then held on.

Ware worked behind a stiff jab, stinging leg kicks and on-the-money counterpunches with both hands, as he captured a unanimous decision from Joe Murphy in the Resurrection Fighting Alliance 23 headliner on Friday at The Hangar in Costa Mesa, Calif. All three judges scored it 29-28 for Ware (13-3), who has recorded eight wins in his past nine outings.

Murphy (8-2) stumbled out of the gate and never fully recovered. Ware tagged him with accurate punches, opened multiple cuts near his left eye and scored with kicks to the inside and outside of his lead leg throughout the first two rounds. Behind on the scorecards, Murphy rebounded with a strong round three, as he flurried with punches and close-quarters knee strikes. However, his work proved to be too little, too late, failing to produce the finish he needed. 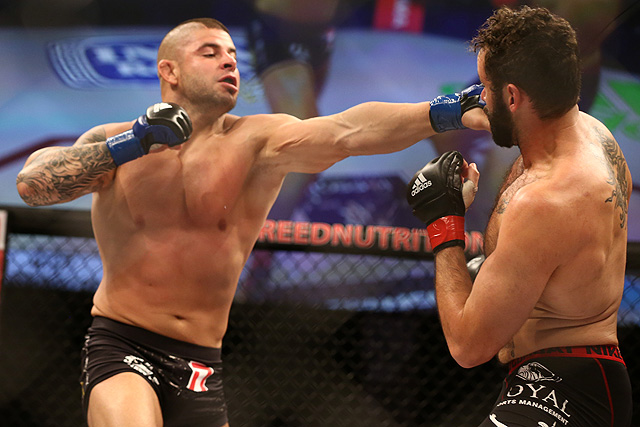 Checco (8-1) did not waste time. The 28-year-old brute swung for the fences and clipped Henle with a short left hand to the temple in close quarters, sending him stumbling backwards before he collapsed at the base of the cage. Checco then moved in for the kill, closing out “Leonidas” with a volley of standing-to-ground punches. 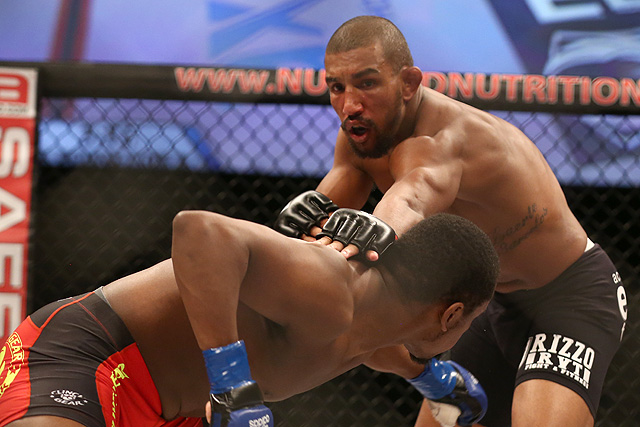 (+ Enlarge) | Photo: D. Mandel/Sherdog.com
Barcelos gave Parks his first loss.
Meanwhile, Raoni Barcelos wiped out the previously unbeaten Jamal Parks with a counter right hand and follow-up hammerfists in a featured tilt at 145 pounds. Parks (5-1), who wrestled collegiately at Oklahoma State University, met his end 2:31 into round one.

Barcelos (7-1) backed up the former NCAA All-American wrestler with thudding power punches throughout their brief matchup. The Brazilian caught Parks moving forward, sat him down with a right cross and pounced for the finish. Subsequent blows from Barcelos forced referee Herb Dean to intervene. 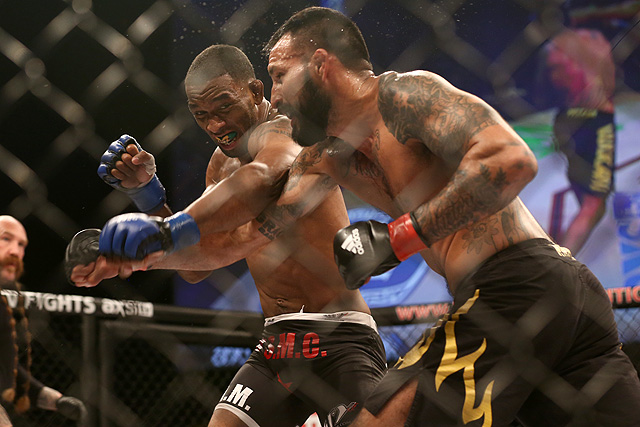 Outside of a first-round takedown, Gomez (17-12) was a non-factor. Waters beat him to the punch on the feet and took top position in all three rounds, either by countering takedowns from the Reign MMA product or by scoring with takedowns of his own. The 25-year-old Waters has rattled off three wins in his past four appearances.

In other action, MMA Lab’s Jocelyn Jones-Lybarger (5-1) cruised to a unanimous decision over Maria Rios (2-1) in a women’s strawweight encounter, sweeping the scorecards with 30-27 marks from all three judges; American Kickboxing Academy export Adam Antolin (8-3) rendered Ron Henderson (3-2) unconscious with a rear-naked choke 4:06 into round three of their battle at 125 pounds; Legacy Fighting Championship alum Mike Jasper (9-2) stopped Blake Troop (3-3) on strikes 2:12 into the third round of their middleweight tussle; Christian Aguilera (4-0) put away Tim Quiroga (1-1) with punches 52 seconds into round one of their scrap at 155 pounds; and Hawaiian prospect Dan Ige (2-0) submitted Ian Millan (5-1) with a rear-naked choke 1:51 into the first round of their featherweight clash.