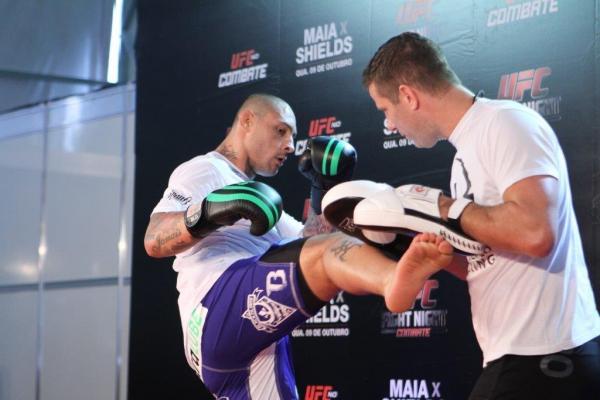 Thiago Silva is back in the UFC. | Marcelo Alonso/Sherdog.com


Now that he is officially a free man, Thiago Silva is once again a part of the Ultimate Fighting Championship roster.

Silva’s training team, The Blackzilians, announced the news via Instagram on Friday, and Sherdog.com subsequently confirmed the fighter's return with a UFC official.


Advertisement
“We are proud to announce that Thiago Silva is officially back with the UFC,” the Blackzilians’ post read. “We are truly thankful to the UFC and hope to see him fighting again by January.”

Silva was released by the Las Vegas-based promotion after he was arrested on Feb. 6. On Thursday ,all charges stemming from an alleged altercation with his estranged wife, Thaysa Kamiji, and jiu-jitsu school owner Pablo Popovitch were dropped by a Florida judge.

Silva was arrested on Feb. 6 after allegedly threatening to shoot up Popovitch’s jiu-jitsu school and then barricading himself inside his home. After initially being charged with two felony counts of attempted murder, the charges were downgraded to aggravated assault with a firearm and aggravated battery with a deadly weapon. Silva also faced a charge of resisting arrest without violence.

A representative from the Broward County State Attorney’s office said the charges were dropped because the alleged victim had become uncooperative, and investigators had determined that she likely moved out of the country.

Prior to his release, Silva was supposed to face Ovince St. Preux at UFC 171 on March 15. The 31-year-old light heavyweight is 7-3 with the promotion, with two no contests.