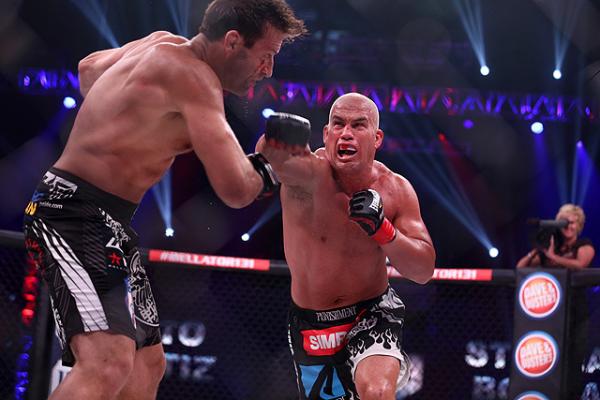 Ortiz (18-11-1) used his wrestling to neutralize Bonnar (15-9) early in the fight and cut him on the left side of his scalp with a standing elbow along the cage as well as opening him up under his right eye.

Bonnar tried to rally in the second round, but Ortiz would not be enticed into a slugfest. “The Huntington Beach Bad Boy” plodded forward and landed punches to set up a late takedown to take a dominant lead into the final frame. The former UFC 205-pound ruler was the better fighter again in the third, scoring with better shots and landing a takedown to cement what should have been a clear decision. 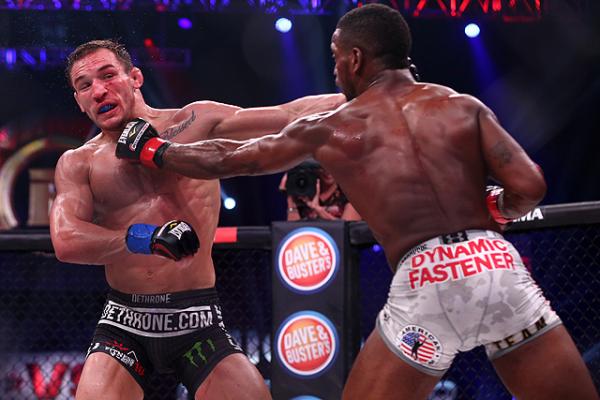 (+ Enlarge) | Photo: D. Mandel/Sherdog.com
Brooks appeared to make Chandler submit.
Will Brooks can drop the interim part of his title after finishing former champ Michael Chandler in the fourth round of their title fight.

The finish came after Brooks (12-2-0) landed a right hand to the left eye of Chandler as the two scrambled to their feet.

Chandler backed up to the cage looking in the direction of referee Jason Herzog as if he was looking for relief from what he thought was an eye poke. Herzog rightly let the fight continue and Brooks capitalized.

The American Top Team product blasted him with a big right hand and followed with more punches and a knee until Chandler (12-3-0) spun towards the cage, his back to the victor. Herzog, noting the former champion was not intelligently defending himself, stepped in and stopped the bout, giving Brooks full share of the Bellator MMA lightweight championship.

The loss was the third in a row for Chandler, who dropped split-decisions to Brooks in May and former champ Eddie Alvarez last November.

“I did exactly what I thought I was going to do,” said the elated Brooks. “I knew I could finish him. I’m a steam train and I am going to run over everyone.”

Schilling Comes From Behind For Big KO 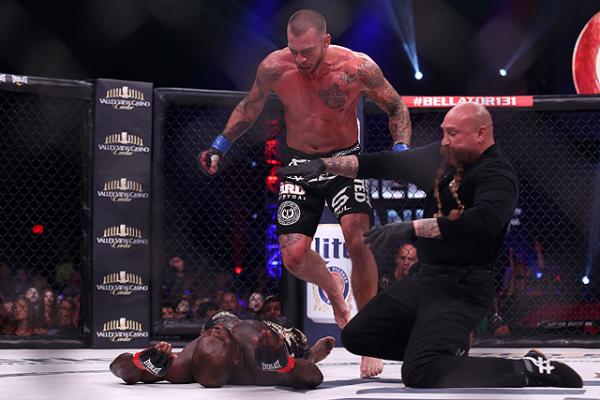 (+ Enlarge) | Photo: D. Mandel/Sherdog.com
Schilling turned out Manhoef's lights.
In a battle between kickboxers, Joe Schilling (2-3-0) overcame a rough first round to score an improbable knockout win over Melvin Manhoef (29-12-1) in stunning fashion.

Manhoef, the more decorated of the two in the kickboxing world and more experienced mixed martial artist, had his way with Schilling in the opening frame, battering him with low kicks and punches. He dropped him late in the round but was unable to finish the durable Strikeforce veteran on the ground.

Schilling came out swinging in the second period and Manhoef was more than willing to oblige him. The two swung wild and often, with Schilling getting the better of the shots until the Dutch knockout artist seemed to buckle him with a big right. Manheof charged in to try to finish but ran straight into a right cross-left hook combination that put him down and out.

“The first round kind of sucked and I was put in a bad position,” said Schilling. “But I went back to how I felt during training camp and tough positions I was in through that process. I felt comfortable in the fight and I know I will continue to feel more comfortable every time I get in the cage.” 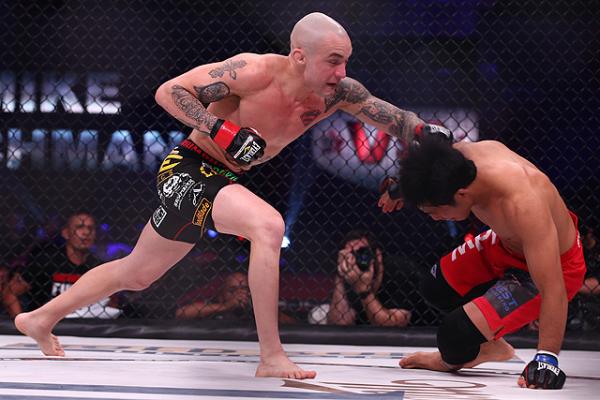 Richman traded shots in the opening exchange before decking the Ultimate Fighting Championship vet with a right hook. Phan struggled back to his feet but was still searching for his bearings when his opponent fired off another salvo that planted the seasoned fighter back on the mat against the cage.

The former Marine wasted no time in delivering the coffin nails. He pounded away until referee Michael Bell stepped in to end the onslaught. Richman was not done hurling shots. He took to the mic and called out bantamweight champ Joe Warren.

“You’re going to look just like him,” said Richman. “Knocked out.”

The fight was contested at 143 pounds after Phan failed to make the 135-pound bantamweight limit. 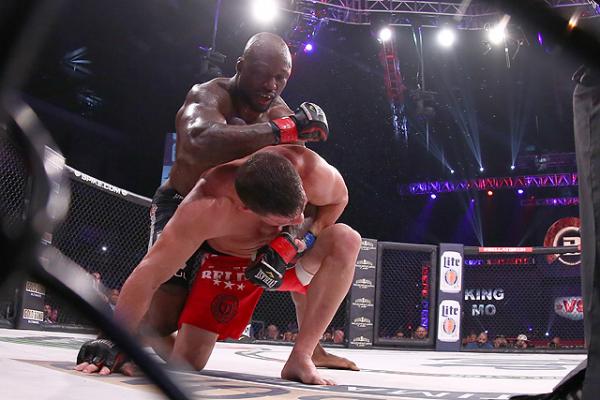 The former Strikeforce champ took Vedepo down and mugged him with punches while completely demoralizing his foe over the opening two frames.

With both eyes swollen and on their way to being closed, Vedepo climbed off his stool for the third round. It was not the best of decisions.

King Mo pounded him with combinations until Vedepo could no longer remain upright. Lawal pounced on his fallen victim and hammered away on the ground until referee Jason Herzog intervened at the 39 second mark of the final round.